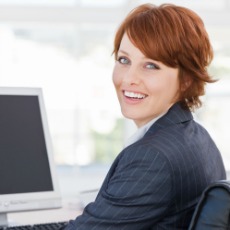 Many instructors dread grading, not just because grading takes up a sizable amount of time and can prove itself a tedious task, but also because instructors struggle with grading effectively and efficiently. However, effective grading does not have to take inordinate amounts of time, nor does one need to sacrifice quality for speed. The following tips can help instructors grade more effectively while enhancing student learning.

1. One and Done: Mention the error and explain how to correct it once. If the error occurs subsequent times, highlight the word(s) or sentence and/or use the comment balloon in Microsoft Word’s Track Changes to draw attention to the error succinctly. For example, if a student uses second person in an essay, the instructor might compose the following comment the first time the error appears:

Avoid addressing the audience directly as it can come off as accusatory. Use words like “one,” “individual,” etc.

If the student repeats the error in the assignment, highlight the second-person usage (the word “you,” for example) and add a comment bubble stating “Avoid second person.” This method not only saves time, but it also explains and reinforces the concept to the student.

2. Bank Comments: Keep a bank of comments about frequent errors students make and organize them in groups for easy access. Consider grouping comments according to module, assignment, and chapter, or grammar, content, and organization. For example, if an instructor sees frequent errors regarding point of view, keep related comments grouped in the same area to access them easily.

3. Frontload Feedback: D. Royce Sadler (2010) argues that feedback, though often retrospective, also has a prospective element or “feedforward” (p. 539), meaning, instructors need to write comments students can apply to future assignments. If teaching a class in which students submit both a first draft and a final draft of an essay, focus on providing more detailed feedback on the first draft. This method should help save time later and will hold the student accountable for reading and applying their first draft feedback. Also, in the final draft one can point out errors rather than explaining them again in-depth to the student. If it is evident the student has not revised his/her final draft according to first draft comments, refer students to the first draft.

4. Global Comments vs. Local Corrections: If a student has written the paper in the incorrect genre in his/her first draft, comment minimally on local-level issues—grammar, format, etc.—and instead focus comments on global issues. For example, if the student writes a summary of a work, and the assignment asks for an analysis instead, then it is best to comment globally. If the student needs to rewrite the entire essay, it is fruitless to provide copious commentary regarding grammar and mechanics.

5. KISS (Keep It Simple for Students): When making grading a teachable moment, be sure comments do not become so convoluted and esoteric so as to impair learning. Keep the language academic, yet accessible to the student.

6. Attitude and Approach: Make student learning the primary goal. According to Getzlaf, et al (2009) effective feedback is a mutual process involving both student and instructor. The students’ involvement in learning is at least partially dependent on their perception of their instructor’s interest and friendliness, as well as their instructor’s engagement and communication about their performance and their grades.

7. Conscious Use of Comments: According to Getzlaf et al (2009), effective feedback is applicable to future situations. Comment only when there is still something the student can do to improve the grade on a live assignment, unless they can use the comment on a final product to enhance learning and the quality of a subsequent assignment.

8. Avoid Surprises: Publish or distribute rubrics well in advance of assignment due dates so that students know how their papers will be evaluated.

9. Less is More: Instructors should avoid the temptation to respond to everything that calls for adjustments or changes. Brookhart (2011) reports, many struggling students need to focus on just a few areas or even one item at a time. If a student backs off from his or her paper because he or she is intimidated by the number of instructor comments, then all is lost. It is better to target two or three areas that need to be addressed for the student’s success on future papers.

10. Questions for Reflection: Consider inviting reflective, critical thinking and further conversation in a productive, scholarly exchange with the student. Instead of telling students what they did “wrong,” ask them to rethink their approach. For example, consider using a phrase such as “What is the most interesting aspect of your essay?” Or “What would draw your attention to this topic, as a reader?” This way, the student is not only prompted to make more thoughtful revisions, but also is given tools to use when considering how to write a hook for future essays.

Douglas B. Reeves, author and educator, said, “Technology sometimes encourages people to confuse busyness with effectiveness” (Reeves, 2010). Instructors sometimes equate certain grading practices such as an authoritative tone, strong criticism, or copious comments with being effective. In fact, the more conscious and deliberate an instructor is when delivering feedback, the better that feedback tends to be. Instructors often feel as though they must sacrifice effectiveness for efficiency, or efficiency for effectiveness. By honoring these guiding principles, instructors will realize that they do not need to make a choice between the two.

References
Brookhart, S. M. (2011). Tailoring feedback: Effective feedback should be adjusted depending on the needs of the learner. Education Digest: Essential Readings Condensed For Quick Review, 76(9), 33-36.