Makeup Exams: Seeking Answers in a Sea of Student Excuses 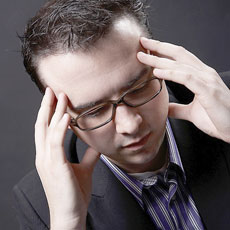 They’re a hassle. Depending on whether it means constructing a different exam, arranging a time and location to administer the exam, or grading after the fact, a makeup exam can consume a lot of extra time and effort. Unfortunately, such exams are pretty much a necessity. Most of our institutions require faculty to excuse students for certain events and activities such as serious illnesses, court appearances, military duty, and university-sponsored athletics.

Finding a lack of literature on the topic, two faculty researchers in marketing decided to seek answers to several interesting questions, starting with how makeup exams are typically handled by faculty. To answer that question, they collected 146 syllabi from 57 faculty members. Almost 87 percent of those syllabi listed some sort of makeup policy for assignments, primarily exams. Nearly 77 percent of faculty required students to contact them beforehand, indicating that they would be missing the exam; 76 percent required written documentation for excuses; and almost 79 percent let students miss exams only for university-stipulated reasons. Fewer than 30 percent indicated the period within which the makeup needed to be completed, and about the same percentage specified a day of week for makeup exams, with some seeking to deter them by scheduling the exams early Friday morning or late Friday afternoon.

Also of interest is how often students missed exams. Here the researchers looked at several semesters of a large course with four exams and a final. During one semester, the miss rate was 3.34 percent, and the second semester it was 2.37 percent. Almost all the absences involved medical reasons, with a few for deaths in the family, out-of-town interviews, and court appearances. The most often missed test was the fourth exam, and the least missed was the final. A bit tongue in cheek, the authors write, “Interestingly, we observed a situation where relatively large numbers of students were sick, grieving or taking job interviews at the time of the fourth exam. However, the following week, there were no makeup finals because the class was apparently filled with healthy students who postponed job interviews and were not grieving the loss of a loved one.” (p. 110)

Most faculty have suspected the legitimacy of a student-offered excuse, and most have these suspicions more or less regularly. The authors note that “for unethical students, makeup exams represent an opportunity to cheat.” (p. 105) They may discuss the exam with other students, not letting on that they have not yet taken the exam, or they may skip the exam debrief session but again ask specifically about test questions and answers, or if it’s a very large class, they may even attend the debrief hoping they won’t be noticed.

Faculty can end up expending a good deal of time and energy trying to separate legitimate excuses from those that are not. Some students make it easy by regularly asking for makeup and extended deadlines. Other times, it’s not always easy to differentiate a real excuse from one that is fake. A good policy for missed exams needs to find a balance between making it so easy that students regularly miss exam dates and assignment deadlines and making it so draconian that those with legitimate reasons to miss are punished for circumstances beyond their control.