Contested Grades and the “You Earned It” Retort 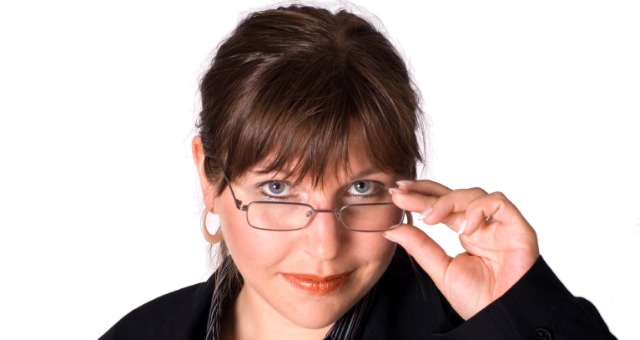 A common rhetorical move we professors make when students object to a grade is to reframe the discussion. We’ll say, “Let’s be clear. I didn’t give you this grade. You earned it.” And if it were appropriate we might underscore our zinger with a smugly snapped Z. But stop and think about it. When we make the “you earned it” move, it’s simply an attempt to shift the debate away from the fairness or interpretation of our standard and onto students to justify their effort by our standard, which really wasn’t their complaint.

I’ll admit, too, it feels good to make this quip, but it’s also a bit of a lie because it assumes a lot of things that just aren’t so. It assumes, for instance, that my standards possess a crystalline lucidity that students always understand (and not just on the day I explained them). Imagine how it sounds to a student when I say, “I covered this on the very first day” or “It’s right there on page 14 of the syllabus.” Unless my standards have been front and center at all times, this will sound exactly like what it is: a fine print “gotcha.”

The “you earned it” comment also assumes I never once had to make any subjective borderline calls while grading. And who can say that? Nobody’s standard or rubric is definitive. Fuzzy borderline calls are what we’re paid for. Otherwise, we would have been replaced by Scantron robots long ago.

Or think of it this way. Most university professors have a great deal of freedom in selecting the material, the course design, the text book, the teaching methods, and the grading standard and its application. Sometimes we can even dictate the time of day the course is offered and the classroom. All down the line we get to make subjective decisions about how the game will be played. But when a student cries foul, we jump back into objectivity. “These are the immutable standards,” we say. “If you failed to live up to them, that’s on you.”

And let’s face it: anyone who thinks his or her standards are beyond reproach has never had colleagues apply them in a grade-norming session. Here’s what you’ll hear:

“I don’t like this word. I would have put it another way.”
“I don’t see much of a difference between excellent and good.”
“I wouldn’t have set the rubric up this way. Too few categories.”
“I’m sorry, but grammar and presentation really do matter.”

The parsing of meaning, the hair-splitting, and the tedious wordsmithing that accompanies one of these sessions are all the proof you need that assessing student efforts is never objective. If our colleagues can so easily misconstrue our standards, imagine how students see them.

There’s just no getting around it: we are all biased judges. And students know this. Yes, we had them do some work in relationship to a standard. Yes, we tried to apply that standard fairly and make it as clear as possible, but in the end the system we subjectively put in place played a not insignificant role in giving them that grade. It must be especially galling to students when we pretend to be impartial functionaries constrained by objective standards at the end of a process that we owned and designed. They probably feel exactly like we do when a dean or administrator shrugs and says, “I don’t like it any more than you, but the policy is the policy. My hands are tied.”

Maybe we should retire the “you earned it” zinger. Sure it feels great to say when my standards are challenged, but it only serves to sour the conversation and exasperate students. Moreover, it’s probably never once motivated students to change their attitude or approach toward learning, which is really what we want. In the end, taking the time to go over our standards and why they matter—even if it’s for the 20th time—is always a conversation worth having. It’s what makes us educators rather than evaluators.

Steve Snyder is a professor of humanities at Grand View University.