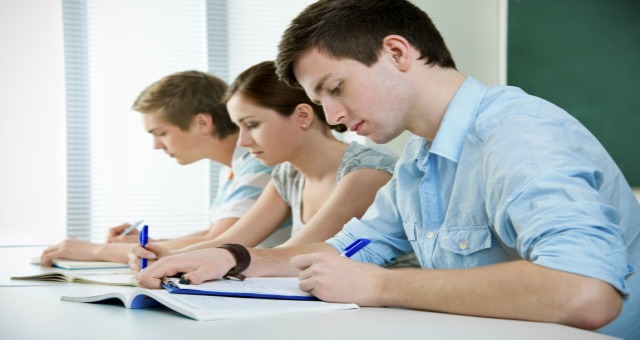 Effort and habit are instrumental to learning and writing, but they are often dimly lit in our grading systems. That light needs to brighten with the help of new research and popular literature that highlight how essential habit, effort, and perseverance are to learning. I’ve used an effort-aware grading system in my teaching for some time now, a B-grading contract that locks hardworking students into a minimum final grade of B. For grades rising above B, the quality of the writing is the focus (the product), but only for students who fulfill the contract (the process).

I’ve become a proponent of the “Contract for B,” first proposed by Peter Elbow, because I like how it encourages students to experiment with their college writing in new and novel ways. As experts in our own disciplines, we can write stipulations of the contract to identify how and what we see prolific writers do in our disciplines. Even habits such as writing daily and talking about their writing in specific ways are tasks that students can achieve no matter their writing proficiency. Moreover, it’s important for students to read in the syllabus that “any student who works really, really hard can achieve these tasks because they are habits that define a process.”

In my own pedagogy, the contract calls for excellent attendance (e.g., not missing more than three classes/conferences), meeting most deadlines, completing at least 90% of the assigned tasks, writing for 10 minutes in a daybook every weekday, and performing rewriting as we define it in class. In other words, students become familiar with practicing a process, one that improves the likelihood for a better product. In my own pedagogy, Contract for B has evolved into a transparent way of talking and acting through writing, but several other things have come along for the ride too, none of which I expected.

I recognize, as one student said, the Contract for B relieves him “of thinking so much about the grade.” I didn’t anticipate it would relieve me of thinking about grading final products too. It has helped me relax in my teaching and see the process of formation more clearly. Just the other day, I showed students brief examples of how to do thesis writing by generating preliminary answers to research questions. When completed, I asked students to invent another “way of writing that sentence, perhaps with a phrase in front or different words in the middle.” After a few more minutes, I walked around the room, gently nudging those who had believed just a week ago that they “couldn’t write,” before calling for a third version. When it came time to draft for 20 minutes during class, I jumped into my own writing spot at the back of the classroom that’s open to anyone who wants quick feedback before resuming. Only one did. The classroom clicked with students tapping their keyboards or running their pens over the crisp pages in their notebooks. I used to spend an entire semester trying to show students what drafting sessions looked like. Here they were showing me how to do it, and I was following their lead. One student summarized it best: “You know, it gets easier the more you do it—just sitting down to write. I tell my friends, ‘Hey, you just have to push words out. And after a while, well, it’s fun.’”

Incorporating effort through the contract means I have an immediate resource for moving students past what I call “the distractors.” Typical examples of early course talk include, “Is this piece I wrote good?” or “All I want to know is if my research paper is any good?” Answering those detractors assumes writing has no intrinsic worth, a mere receptacle for immediate grading. It’s self-defeating and deceptive to talk about notions of “good” and “bad” so early in the writing process because these products are lacking context, cutting short the learning arc that all writers follow to hone their craft. Before using the contract, I had to overexplain how evaluations depend on things we’ll be studying in the course, asking them to understand a process they still hadn’t experienced! With the contract, those questions fell away. Hallelujah! In their place, I see students asking better questions about workflow and strategies, matters hidden to grade-chasing.

The contract allows me to address effort without compromising writing performance. It’s counterintuitive, I know, but we are all familiar with students who interpret projects through effort: “But I put so much effort into that paper. I spent twice the time that Justin did!”

My heart goes out to students who struggle mightily with writing, though there are many pathways we can use to lead them into greater fluency. Nevertheless, effort and performance (quality) must be distinguished. I can now show them, with the same sincerity, that I’ve already given them a grade for their hard work—called the Contract for B—and so I cannot grade the same thing twice. The very presence of this double jeopardy clearly establishes that writing just doesn’t work into a final form that satisfies all. When it’s time for me to address writing performance, the line is much clearer than when effort is clogging the pipeline.

When effort and habit occupy a space in your grading, such as in the Contract for B, they construct a framework for unexpected learning. They work especially well with writing by bringing lots of new energy to the classroom.

References
Elbow, Peter. “A Contract for a Final Grade of B.” Unpublished ms. n.d. Print.

Gary R. Hafer is the John P. Graham Teaching Professor at Lycoming College, where he teaches college composition, classical and modern rhetoric, and introduction to literature.