Keeping Students on Board with Concept Maps 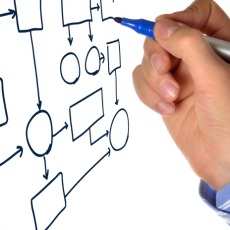 But students don’t always see these benefits when first introduced to concept maps, and as the authors of the article referenced below discovered, how concept maps are used in a course directly affects student perceptions of their value. The case in point here involved four physiology courses: endocrinology, exercise physiology, immunology, and neurophysiology. Concept maps were used in all those courses, but instructors used them in very different ways. Students were surveyed and interviewed about their experiences with concept maps. Based on relatively positive experiences in one class and less positive ones in other classes, the authors offer advice for using concept maps in four areas.

Structure—In one of the courses, students were asked to create a map at the beginning of the semester and add new material to it on a daily basis. Students strongly objected to this approach. They found constructing a map this large and comprehensive a daunting and difficult task. Smaller map projects did not engender this degree of negative response.

Feedback—In all the courses, students felt they needed more feedback from the instructors. Instructors didn’t provide feedback because concept mapping was not a graded activity in any of these courses. Some student comments indicated that they believed that there was a “right” concept map and they wanted to compare what they had created with what the teacher considered a “correct” configuration of concepts or ideas. In preparing students for a concept mapping activity, teachers might want to explain that although some map representations might be “better” than others, there are many “right” ways to organize or relate a set of concepts or ideas.

Learning styles and study habits—Some students reported that concept mapping was not consistent with the way they typically reviewed and studied course content. There were less of those comments made by endocrinology students, who did not create maps alone outside of class. They constructed their maps during recitation sections and were encouraged to interact with each about their maps. They also received some instructor feedback during this time. It may have been easier for students to see the value of concept mapping under these conditions.

College courses should expose students to a range of different study strategies. As the experiences reported in this article illustrate, how they are introduced to a new activity, how the teacher supports their efforts to use the new approach, and how the new strategy is integrated with other course activities all contribute to the overall experience and the perceived value students attribute to the activity.