Fostering Student Learning through the Use of Debates 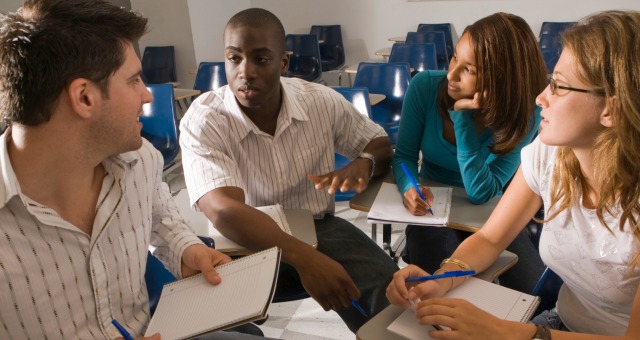 There are many ways to get students engaged in a classroom, but when topics are controversial or taboo, students may shy away from sharing their thoughts on the subject. In contrast, some may be so overly passionate about a topic that they proselytize their point. One tactic that helps students feel comfortable enough to speak about controversial topics is through debates that are structured and promote students’ preparedness in defending or opposing a particular stance on a topic.

Debates allow students to see both sides of a situation, topic, or story, and debates also require them to think critically and support what they say with substantive and factual information. Although emotions and biases may come out in a debate, the research-based supporting information helps give context to those emotions and biases and can foster critical thinking, especially if students argue the position opposite to their initial beliefs. The “consider the opposite strategy” may force students to set aside their emotions and biases and evaluate the evidence supporting both sides of a controversial issue (Budesheim & Lundquist, 2000).

Arguing the opposite position can be an effective strategy for challenging students’ initial assumptions.

For a Psychology of Women course, debates were used mainly to help students see past their predispositions, since it has been noted that students enter such courses with their own biases (Chrisler, 2013). Additionally, because classroom debates can foster critical thinking, considering information presented in the debates may help students move past those biases in this course and possibly change their minds about a topic or at least be more educated about the “other side.” In order to incorporate debating effectively, the following was done:

Some students were apprehensive about the debates and were uncomfortable displaying their emotions when debating a topic that they felt very passionate about. The following data was gathered and presented to the students to help them better understand the purpose of the debates:

An independent sample t-test was conducted to examine differences in change scores for those assigned to a position that matched their original views or those assigned to a position that ran counter to their original views. Students who were assigned to argue a position inconsistent with their views had higher change scores on the issue assessment than those assigned to argue a position consistent with their views, t (21) = 2.48, p < .05. This suggests that arguing the opposite position can be an effective strategy for challenging students’ initial assumptions. Students were able to see firsthand how the debates that they prepared for helped them confirm their belief in their positions and/or become educated about the other views. In addition, students believed debates helped them recognize the real-world relevance of the course material, which helped them understand that emotions and biases can cloud one’s perspective about a certain situation, topic, or story. Finally, this information helped the students understand that debating does not equal fighting but instead understanding, an idea that students could easily transfer to other courses. References: Budesheim, T. L., & Lundquist, A. R. (2000). Consider the opposite: Opening minds through in-class debates on course-related controversies. Teaching of Psychology, 26, 106-120.