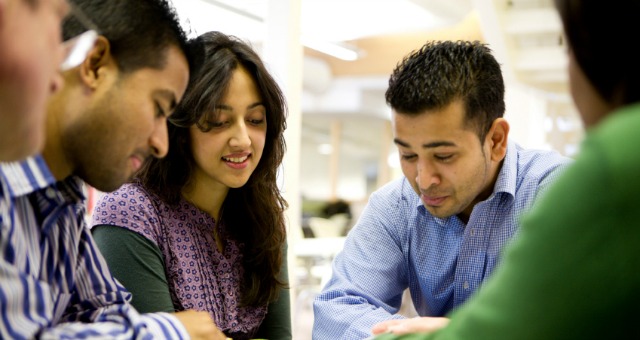 Perhaps no other word has been as popular in higher education during the past few years as the term “flipped.” As a result, there is no shortage of ideas and opinions about flipped learning environments. Some faculty consider it another way to talk about student-centered learning. Others view flipped classrooms as an entirely new approach to teaching and learning. Still others see flipping as just another instructional fad that will eventually run its course.

Faculty Focus recently surveyed its readers to gain a better understanding of their views on flipped learning. The survey sought to find out who’s flipping, who’s not, and the barriers and benefits to those who flip. The findings are available in today’s report, Flipped Classroom Trends: A Survey of College Faculty.

Results from the survey are based on the responses from the 1,089 Faculty Focus readers who completed the survey. Highlights include:

As noted, the majority of faculty who have tried flipping—whether just a few activities or an entire course—rated the experience as a positive one for themselves and their students. However, many indicated that success was usually proportional to their investment in the approach. One respondent captured the idea succinctly, noting that flipping was “exhausting but engaging.”

A psychology professor from a four-year public institution reiterated that idea. “It was a lot of work but a creative experience, and I enjoyed getting away from lecturing.”

Many respondents reported that student engagement grew and outcomes improved in the flipped classroom. An assistant professor of organic chemistry at a four-year public institution noted that the “passing rate has increased from 69% to 92% in my 110-student organic chemistry classes, [and] student evaluation was 3.92 out of 4.”

However, not all experiences were positive. A psychology professor at a private, four-year institution was overwhelmingly displeased with the approach, writing that “students wanted me to lecture, tell stories, ask questions, and stimulate discussion. They did not want to try and learn the material themselves. They did not feel empowered. They did not see me as a co-participant,” the professor noted. “They wanted me to be in charge.”

A variety of barriers exist for faculty who want to experiment with innovative teaching approaches, and the move to a flipped classroom isn’t an easy transition for many faculty. As the survey found, they may not be supported by their department head, dean, or academic leader. In some cases, they are not rewarded or recognized for taking time to develop innovative approaches to teaching. And finally, they may not receive funding/support to embark on a full-course redesign.

Although lack of support was clearly a limiting factor, the biggest barrier of all was time. Approximately 38% of survey participants indicated that time was “always a challenge” and another 31.61% said time was “often a challenge”. That is nearly 70% of all respondents who see time as a frequent, if not constant, barrier to flipping.

In addition, survey participants conveyed a fear that students might resist the approach or lack the motivation to do the pre-class work that would first expose them to course content. While more respondents show greater concern regarding time and conflicting priorities, apprehension about student resistance/lack of motivation were substantial, with nearly 45% rating it as a “very significant” or “significant” challenge.

Download your copy of Flipped Classroom Trends: A Survey of College Faculty »