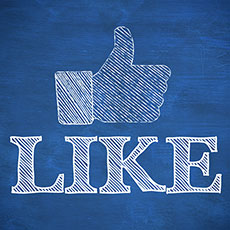 Using Social Media in the Classroom: Why There’s A Lot to Like

Are your students constantly updating their statuses on Facebook? Uploading selfies to Instagram at inappropriate times? Refreshing their Twitter feed every five seconds? Chances are the answer is “yes,” and if you’re like the majority of teachers, you find it mildly annoying at best, or a serious impediment to learning at worst.

A new report from the Babson Survey Research Group and Pearson finds that college faculty members have become sophisticated consumers of social media, matching different sites to their varying personal, professional, and teaching needs — yet obstacles to wider adoption still remain. The survey results will be presented during Pearson’s “Social Media for Teaching and Learning” event today in Boston at The Museum of Science from 8:30 a.m. – 6:00 p.m.

Professors Use Twitter to Increase Student Engagement and Grades

Keeping college students off social media sites and focused on the course material is a daily challenge for many of today’s college faculty. But what if you could harness the power of today’s technologies and students’ proclivity toward social networking to enhance the learning experience rather than distract from it?

Twitter in the College Classroom: Engaging Students 140 Characters at a Time

If it seems like everyone is tweeting these days, it’s not just your imagination.

A survey developed to determine how many college faculty are using social media, and in what capacity, found widespread awareness of social networks, but faculty are more likely to use social networking tools for personal use than in the classroom.

Results are in from the Faculty Focus survey on Twitter usage and trends among college faculty. The survey of approximately 2,000 higher education professionals found that nearly one-third (30.7 percent) of the 1,958 respondents say they use Twitter in some capacity. More than half, (56.4 percent) say they’ve never used Twitter.