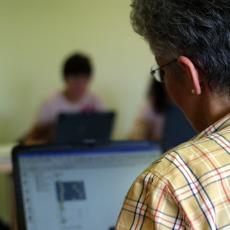 A Data-Driven Approach to Student Retention and Success

Higher education institutions generate a wealth of data that can be used to improve student success, but often the volume of data and lack of analysis prevent this data from having the impact it could have. “I think it’s hard for the general faculty population or administrator population to really have a handle on the data that is really driving decisions,” says Margaret Martin, Title III director and sociology professor at Eastern Connecticut State University. “They don’t get a chance to see it or they just get very infrequent information about it. So there may be too much data, but it’s often not communicated effectively to people in ways that are both understandable and useful to them.” 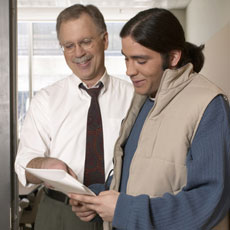 Earlier this year, we kicked off the semester with a faculty development workshop on academic customer service. Academic customer service is a hot and contentious topic on many college campuses, with faculty often reeling at the suggestion that students are customers (and therefore “always right”) or that education is a product intended for consumption. The feedback from our session in August was prickly and some of the comments demonstrated that we were in worse shape than I imagined.

Retention is a very important issue in higher education right now. It is not difficult to understand why, when you look at the budget constraints most postsecondary schools are currently facing.

Learning Communities: Benefits Across the Board?

There is no question that higher education tends to get caught up in “fashionable” program innovations, and learning communities could certainly be considered an example. A great deal of research has established that, in terms of retention and persistence, first experiences in college are tremendously important.

Only 51 percent of high school graduates who took the ACT met ACT’s College Readiness Benchmark for Reading, which demonstrates their readiness to handle the reading requirements for typical first-year college coursework. For some groups, the percentage is even more discouraging: African American students are at 21 percent, while Hispanic American students and students from families whose annual income is less than $30,000 are both at 33 percent.