Yvonne is frustrated. She wants to do well in her language arts class, but each essay she completes fails to earn her the grade she believes she deserves. Although her teacher thoughtfully writes out corrective comments on her essays, to Yvonne these seem to run together, forming a nonsensical sea of red ink. With each assignment, she feels less capable and grows more resentful of her instructor.

Encouraging Substantive Discussion of Course Content by Getting Personal

“Why are teachers afraid of sentences that begin with ‘I feel’ or that draw on personal experience?” Margaret Mott asks, repeating a question she read in an essay early in her career.

Creating a Mindset for Collaboration

Because we know that active engagement in collaborative projects can create a synergy among students that often surpasses what can be learned individually, we find ourselves designing assignments that create opportunities for students to collaborate and learn from one another. Also, the ability to work together in teams is a skill needed in today’s workforce. So for many reasons, assignments that foster collaboration have become essential parts of a well-designed course.

Wikipedia in the Classroom: Tips for Effective Use

Most academics consider Wikipedia the enemy and so forbid their students from using Wikipedia for research. But here’s a secret that they don’t want you to know—we all use Wikipedia, including those academics.

Robert Badger, a professor of geology, describes the lab reports he wrote as a student in an introductory geology class. “I wrote tired, uninspired drivel, merely recounting a vague version of what the professor or teaching assistant had recited, without trying to analyze for myself what it was I had actually observed.” (p. 58) He promised himself that if he ever became a teacher he would not subject his students to “such tedious and pointless exercises.” (p. 58)

“How many of you would keep listening to a CD—even of your favorite band—if the CD regularly skipped?” That’s the question I ask my students. Although the question keeps evolving (and now that students have abandoned CDs for iPods, I may have to come up with another analogy), my point doesn’t change. Even in pleasurable pursuits, we tolerate distractions or interference only to a degree, after which we abandon the activity.

In one of my favorite A Midsummer Night’s Dream passages by William Shakespeare, Theseus comments on the creation of poetry. Informing us that the “poet’s eye” in a “fine frenzy rolling” glances from “heaven to earth, from earth to heaven,” we learn about the process of making sense of the world and composing something about it. 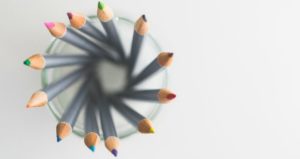 Before embarking on a writing assignment, I challenge my students to imagine a skeptical reader who expects them to answer five important questions. Answering these questions demands critical writing and thinking, and helps the students develop thoughtful content, efficient structure, and clear sentences.

How to Give Effective Feedback on Student Writing Assignments

How often does this happen to you? You pore over students’ writing assignments, adding what you feel are insightful and encouraging comments throughout each paper. Comments you hope your students will take to heart and use to improve their writing next time around. Then you return the papers and the students quickly look at the grade and stuff the paper into their backpacks … perhaps mumbling something under their breath as they do.