Conred Maddox is an assistant professor of language arts at Honolulu Community College. 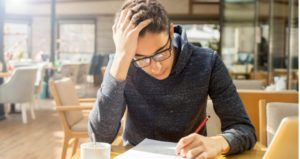 Getting Students to Practice

I flunked out of college seven times. Yes, seven times. While there are many great tales associated with each failure—friends causing endless distractions, having to work late, one lame excuse after another—ultimately, I accepted that I am responsible for never acting like a student. Seven times I signed up, seven times I purchased books, seven times I went to class for a couple of weeks, and seven times I was off on another (ostensibly more important) adventure.