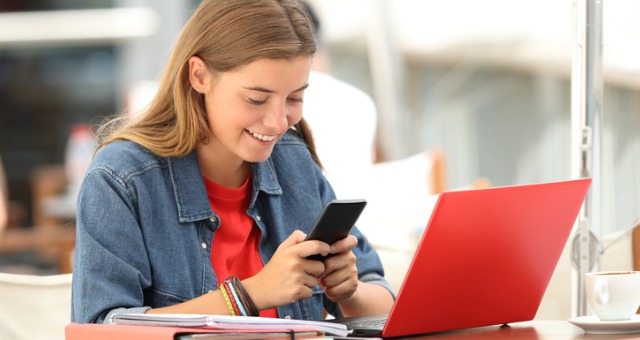 It comes as no surprise that the way we consume information is changing. Increasingly, we are moving from text-based forms of information to visual ones, as evidenced by the popularity of visual social media sites such as Instagram, Snapchat, and Pinterest. Not all of these visual forms are vacuous as we might be inclined to think. Memes and GIFs, for example, are more than just a way to pass the time while we wait in line—they often offer sharp political and social commentary that functions as a coping mechanism for living in absurd modern times. Rather than see these forms of visual media as leisure-time pleasures, we believe they hold potential to engage students in class and provide another vehicle by which to demonstrate concepts and communicate with each other.

Memes and GIFs are Icebreakers and Check-Ins

One of the ways we’ve successfully used visual media is as an alternative to the awkward first day of class introductions that can be so nerve-wracking for some that they may feel as if they’re hyperventilating.

Emma has her students find a GIF /meme online that they feel shows their personality or current mood and has them copy and paste it into a Google Slide or Doc before the initial class meeting. Then on the first day, she projects the images and students get into small groups to discuss why they picked those particular GIFs/memes. Not only do students seem to connect with each other faster with this technique, the humor of the GIFs/memes appear to reduce anxiety and create a lighthearted, comfortable classroom environment. Some students remarked that seeing the GIFs/memes before the first day of class made them feel excited to meet their classmates.

A student felt this GIF demonstrated how he felt about taking classes during summer session.

GIFs can also be used to convey how students are feeling about new material in a way that may be more honest than a verbal response. Ask students to find a photo, GIF, or meme that describes their feeling about a new course concept. If the majority of students are using memes that show confused or overwhelmed faces, it may be time to review.

Memes and Gifs As Ways to Explore Society and Culture

The old adage that a picture is worth a thousand words might be an understatement for memes and GIFs that have an uncanny way of encapsulating social controversies. As a way to begin to explore the cultural commentary around a topic, have students find instances of memes, GIFs, or other images that deal with the subject and analyze the underlying subtext of each. In our experience, this leads to a rich discussion and connects course content to current events.

For example, the use of black people in popular GIFs also provides an entry point into serious discussion of the appropriation of black culture by white people, a concept known as digital blackface (Stark, 2018). Is the control of black individuals’ words, actions, and body a cyberspace version of a minstrel show? Are reaction GIFs of black people supposed to generate serious dialogue or are they being used solely for laughs? In these instances, a gif allows deeper conversations around race, culture, media representations, and the work produced by non-white bodies.

To Demonstrate Course Concepts
Moving up Bloom’s taxonomy from analyze to create, students can make their own GIFs and memes to demonstrate understanding of a course concept. This activity can be used in class as an informal and fun assessment technique. For example, the meme featured here has the character of Dawson Leery from the 90s show Dawson’s Creek crying. 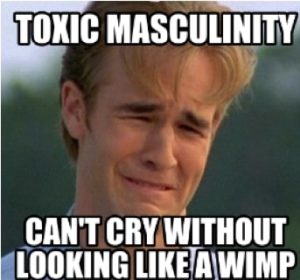 A student could choose such an image to demonstrate their understanding of the meaning of toxic masculinity in which showing emotion is thought to be unmanly. Much like the art of summarizing, encapsulating a meme into an image with a pithy comment is a challenging, creative task. Meme and gif generating websites like makeameme.com make this process easy. Students can choose from a variety of existing photos or upload their own.

We believe that GIFs and memes foster connections to students and signal that we are willing to value the ways they regularly communicate. We clearly see a value in them as we use them daily when texting and tweeting, so why not leverage their popularity in class? For students anxious about classes, a familiar meme or gif can put them at ease, make them smile, and even affirm their identities and create a sense of belonging by referencing a piece of media they can relate to.

We encourage instructors to try using GIFs and memes in just one activity. If it goes well, consider using them more frequently, such as a way for students to get to know each other, explore societal issues and the surrounding commentary, and to demonstrate course concepts. You have a potentially powerful new teaching tool literally at your fingertips, so put it to use! We would love to hear what you tried, how it worked, and share ideas about digital pedagogy.

About the authors
Marc Reyes is a doctoral candidate in the department of history at the University of Connecticut. He also served as a graduate instructor in the university’s digital media & design department. Marc is working on his dissertation and will spend most of 2019 in India as a Fulbright-Nehru Fellow. Follow on Twitter @Marcus5F9

Emma Björngard-Basayne recently received her doctoral degree in Philosophy at UConn, and together with Kristi Kaeppel she is doing research on the role of women’s friendship in navigating male-dominated work environments. She works as an Academic Advisor and Program Coordinator in the UConn School of Business. Follow on Instagram @emmabjorngardbasayne

Kristi Kaeppel is a PhD candidate at the University of Connecticut and an instructor at Holyoke Community College. Her research interests include teaching critical thinking, de-biasing education, and women’s navigation and resistance of patriarchal work environments. Follow on Twitter @Kaeppel or @UConnGCCI