Teaching Inequality: Denial, Defensiveness, and the Diminishing of Oppression 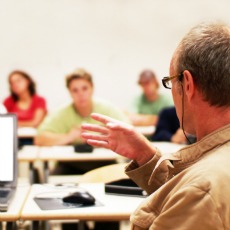 As a sociology teacher, not only do I discuss topics related to oppression and inequality, but these topics comprise a pervasive and substantial portion of our pedagogy. The chapters on class stratification, race and ethnicity, and gender and sexuality are a required chunk of the curriculum by the social science department, and an obvious pedagogical necessity to the social scientist who knows that our location on the social hierarchy is tremendously dependent upon the “isms”—on an individual and institutional level. When covering a lesson on privilege and oppression—almost inexorably, and amongst others—at least one of the following responses from students ensues: denial, defensiveness, and/or diminishment. Aptly enough, their reactions exemplify a part of the lesson, and therefore can be used as a learning device in the liberal arts and social sciences classroom.

Denial is a common response from students (and the general public, for that matter) when discussing the existence of gender inequality in the United States. This mentality is revealed in such sentiments as “it’s not like it’s the 1950s anymore,” or “but my mom makes all the money in our family,” and is frequently—though not exclusively—retorted by male students. In the book, Privilege, Power, and Difference, Johnson (2006) analogizes the privileged group member speaking for and defining the experiences of the “cultural other” to that of a parent dismissing a child’s cries after a fall: If a child falls down, a parent might say, “you’re fine, no crying, it really doesn’t hurt that much,” when, for all the parent knows, the child may have broken a bone. Similarly, Johnson contends, “members of privileged groups are culturally authorized to interpret other people’s experiences for them, to deny the validity of their own reports, and to impose their views of reality” (109).

When statements similar to the above arise in the classroom setting, instructors can employ the parent/child analogy to explain how dominant groups often denunciate experiences of others. The classroom discussion itself, a microcosm of society, may serve as an example of power dynamics of the larger culture. The teacher might begin by asking if the classroom is a component of society, and if elements of the larger culture can be found represented in the classroom. The teacher may subsequently inquire: “Why is there a tendency to deny that inequality exists when discussing it in the classroom?” Alternatively, perhaps an instructor can preemptively use this common tendency as a hook—even before comments such as these are made—to instigate a discussion: “It is not the 1950s anymore. People have more rights than ever before, and yet for some this doesn’t seem to be enough. Do I— do we—really even need to listen to the voices of others if they are demanding change? Does a person/group from poverty have more authority to speak about their experiences in poverty than myself, coming from the middle-class? What could that person really know that I don’t?!” Prompts like these often result in a good, active discussion.

Another reaction when covering topics related to privilege and oppression is defensiveness. For example, after reading Peggy McIntosh’s “White Privilege: Unpacking the Invisible Knapsack,” in which one of the main themes addresses how people who belong to the dominant group are often unaware of all of their privileges, a frequent rejoinder is “she obviously hates white men.” At times, the replies are even a bit angry: “This is just a bunch of bulls___!” (I have heard worse, but out of respect for fellow faculty, will refrain from interjecting it here.) I utilize comments made by students from previous courses to display and nudge a discussion on reasons for the defensive anger that often ensues following introduction of the inequality topic: I ask them, “Why do people often get so angry and defensive when we talk about privilege and oppression? And it is not just anger, but a hostile, defensive anger. What might be the cause of this? What are the benefits of being defensive? What does defensiveness prevent?” When addressing social inequality, discussing responses to the subject are just as important as the subject itself, as they illustrate the intensity to which we adhere to our beliefs.

If I am successful at convincing my students that inequality does indeed still exist, a typical retort is to diminish, or trivialize its scope and impact on society. In line with the fallacy, false-dichotomy, students ask, “Would you rather live in Afghanistan?” insinuating of course, that the plight of women could be far worse—and essentially dismissing any discussion of gender inequality as mere complaining: Women should be grateful for what they do have. I might say that “it is interesting to note that males are not only dominating the discussion on gender inequality, but are also serving as a sort of ‘female-experience-spokesman’ on the topic. I wonder if the females’ interpretation might be any different.” Another possible retort: “If there are worse off places to exist, does this imply we shouldn’t seek progress, because at least ‘we have it better’?” Though perhaps hyperbolic, it certainly drives home the point: It uses classroom discussion to illustrate the meaning of the concept and lesson.

If you teach about oppression, inequality or other difficult topics, what are some strategies you use with your students?

Kimberly D. Brostrom is a professor of sociology at the College of Lake County and William Rainey Harper College.