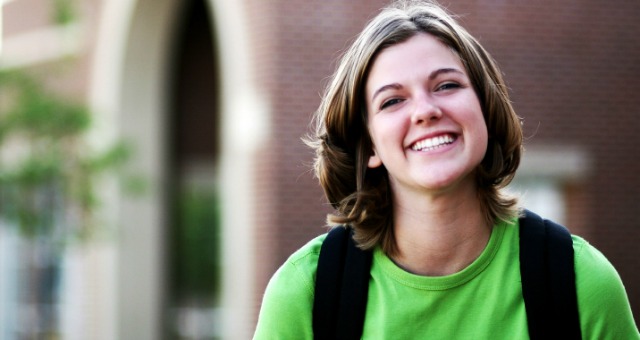 Editor’s note: The following is an excerpt from the article “An examination of factors and attitudes that influence reporting fraudulent claims in an academic environment,” Active Learning in Higher Education, 15 (2), 173-185. The Teaching Professor Blog named it to its list of top pedagogical articles.

Participants, 319 undergraduate students, completed the study online via the online survey-hosting website SurveyMonkey. Upon providing consent, participants were randomly assigned to read one of four vignettes about a classmate who had not completed an assignment described below:

It is a Monday morning at 10 a.m. and Alex has an assignment due in a 300-level major’s class. The assignment is due in one hour at the beginning of class, and it is worth X% of Alex’s final grade in the class. Due to underestimating the difficulty and time consuming nature of the assignment, Alex began working on it the night before, and has completed less than half the assignment. Alex realizes that there is no way that the assignment will be completed in-time for class.

Following reading the vignette, participants were asked to imagine that they were in the situation described in the vignette and answered whether they would contact their instructor to try to gain an extension. If they responded yes, then they were directed to a question asking them if they would “make up an excuse in order to gain an extension.” Participants who provided a “Yes” response were asked to report their reason and then rate their confidence on a scale of 0%–100% (0%, 20%, 40%, 60%, 80%, or 100%) that the instructor would grant them an extension if given this reason.

The study did not reveal that those in the higher academic consequences condition were statistically more likely to produce a fraudulent claim than those in the low consequences condition. Yet while an incomplete assignment worth 5% of a grade is likely to have minimal effect on students’ academic standing in a particular class, an assignment worth 40% has potential to dramatically influence students’ overall grade. The lack of significant effect of academic consequences suggests that individuals are willing to create fraudulent claims, regardless of the severity of the negative consequences they are trying to avoid. The finding that 66% of individuals would engage in deceptive behavior to avoid what could be deemed as very minor negative consequences for those not completing an assignment worth 5% of their grade poses an interesting question for future studies in this area. Namely, do consequences matter in relation to fraudulent claim making, or is it the individuals’ beliefs about communicating information that is deceptive to instructors that matter?

The study described here found that family emergency was reported as the claim students would be most likely to utilize when faced with a potential situation to report a fraudulent claim in order to gain an extension on an assignment. The results suggest that students perceive family emergency as more believable by an instructor than the other claim types, and they also expressed higher confidence in claims about personal illness and computer troubles than did not understand an assignment. It is worthwhile to note that while participants reported fraudulent claims, a number of participants also indicated that they would tell the truth to their instructor when asking for an extension. However, participants reporting the truth expressed less confidence that the instructor would grant them an extension.

Consistent with literature (Ferrari et al., 1998; Jones, 2002; Roig and Caso, 2005), the study described here found that individuals do engage in reporting claims in an attempt to deceive their instructor even when motivated by academic tasks with low academic consequences and, possibly more alarmingly, that many students possess great confidence in their abilities to “get away with” reporting fraudulent claims.

Excerpted with permission from An examination of factors and attitudes that influence reporting fraudulent claims in an academic environment. Active Learning in Higher Education, 15 (2), 173-185.

Jones S (2002) The Internet goes to college: How students are living in the future with today’s technology. Pew Internet and American Life Project. Available at: pewInternet.org (accessed 26 August 2011).

Lacy E. Krueger is an assistant professor of psychology in the College of Education and Human Services at Texas A&M University-Commerce. Anna M. Carmichael is a Doctor of Psychology (clinical neuropsychology) candidate at Monash University.

Post Views: 2,529
How to Handle Student Excuses scholarship of teaching and learning SoTL