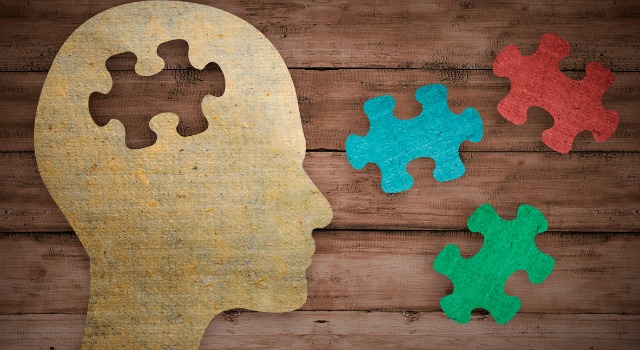 I don’t teach history, but I’ve always been a bit of a history and trivia buff. So, just for fun, I recently decided I wanted to memorize all the U.S. presidents in order. For the early presidents, I use a mnemonic that I learned in elementary school: “Washington And Jefferson Made Many A Joke” which refers to Washington, Adams, Jefferson, Madison, Monroe, Adams, Jackson.

Although handy, this approach has limitations. Generally, a mnemonic takes something random, such as a list of names, and imposes a structure that makes it easier to remember. The main problem with this mnemonic is that it focuses on the surface structure (the first letter of the last name) and so it tells me nothing useful about these historical figures. Was John Quincy Adams a good president? What were his major accomplishments? What was his legacy?

Mnemonics can be useful when it is necessary to memorize arbitrary information such as names, dates, anatomical terms, geographical features, and formulas. (Willingham, 2009) But the use of mnemonics is often a sign that learning is shallow or superficial.

In contrast to my reliance on a mnemonic to remember our early-American presidents, I can name the 20th century U.S. presidents without such an aid. Why? Because 20th century U.S. history is my favorite era. In addition to studying it in school, I have read books and watched films that depict historical events of the 20th century. As the cognitive psychologist Daniel Willingham says: “Memory is the residue of thought.” In other words, we remember that which we think about. The more deeply we think about it and the more emotions it evokes, the more likely we are to remember it. (Immordino-Yang, 2015) For each of the 20th century presidents, I have “rich associations.” For example, when I think of Lyndon Johnson, I think of Vietnam, Civil Rights, the War on Poverty, and other events that dominated his presidency. This is much deeper and richer than a mnemonic. It is almost inconceivable that I could “forget” when LBJ was president or that I could confuse him with another president. I could also probably transfer my knowledge of LBJ to another context, such as comparing him to other leaders.

So, I have the first eight presidents covered with my elementary school mnemonic. I know their names, but little about them. For the 20th century presidents, my knowledge is richer and deeper. However, I have never been able to remember all the 19th century presidents or put them in order. James Polk? Chester Arthur? No associations, nothing, zip, zilch, nada.

If I want to memorize all 45 presidents in order, I have a choice. I can use a mnemonic or other memorization strategy, such as a memory palace or method of loci. With some practice, I would then be able to perform my parlor trick. But what would this really accomplish? Would I understand 19th-century U.S. history any better than I do now?

A better, although more time-consuming, idea would be to actually study 19th-century U.S. history or at least learn a few things about each of the presidents. Perhaps I could write a haiku about each 19th century president or create a campaign poster for them. Those types of tasks would require thinking about each one in a deeper way and would create associational hooks for each president.

Implications for the classroom
If it is necessary for students to memorize certain information in your course, then have them use a mnemonic. It will make the process more efficient. But also consider why they are memorizing the information. Will they use it later in some way that involves higher-order thinking?

If you want students to truly understand something and be able to apply it and transfer it to new contexts, then focus on getting your students to think deeply about the underlying concepts. Wiggins and McTighe (2006) refer to this as “teaching for understanding.” If you can get them to feel as well as think, that will make it even more likely to stick. (Immordino-Yang, 2016)

Now, does anybody have a recommendation for a good book on the Fillmore administration?

Willingham, D. T. (2010), Why Don’t Students Like School?: A Cognitive Scientist Answers Questions About How the Mind Works and What It Means for the Classroom. San Francisco: Jossey-Bass. (see especially chapter 4– Why Do Students Remember Everything That’s on Television and Forget Everything I Say?)

Pete Watkins is Associate Director of the Center for the Advancement of Teaching at Temple University where he facilitates faculty development programming on a range of topics. In addition, he is an adjunct faculty member in the College of Education.