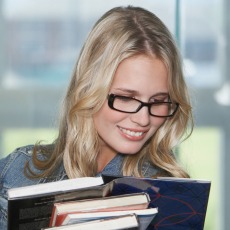 A recent experience in class left me a bit rattled, and made me wonder if I’ve long been trying to teach an impossible skill. It confronted me with a fundamental question: What’s teachable, and what do students simply have to figure out on their own with the passage of time?

We were just beginning discussion of a new book in an intermediate-level historical methods course. Before plunging into the book’s content, I asked students to describe to me the exact procedure they employed when they began to read it. (Utter silence. They feared I was trying to trick them somehow.)

I tried to clarify: “Tell me the precise steps you took. The book was sitting there, right? And you had to read it. So, what exactly did you do?”

One brave soul finally weighed in, though with trepidation. “I picked the book up, opened it to page one, and… began reading it.” (A collective exhale emanated from his classmates, as they realized they’d all done the same. Strength in numbers.)

“Yes, but why should we believe this book, or even take it seriously?” I asked. “Are those important things to know at the outset?” (Of course, they agreed.) “How would we go about answering such questions?”

The responses started coming, slowly at first but then in a torrent. (It’s published by a well-known university press. The author is a professor at Prestigious Institution Y. There are extensive endnotes indicating where his information came from.) “Okay, now take out your smartphones.” (Yippee!) “Can you find out what the author’s been up to since he published this?” (Quite a bit, and it all looks impressive.) “If you Google the book’s title, what do you find?” (References everywhere, and the title even has its own Wikipedia page!) “Has it been reviewed a lot and in a variety of journals across disciplines?” (Yes and yes.)

What we’d just done is known as the “sourcing heuristic,” that is, determining the origin and legitimacy of a text before reading the text itself. According to history education specialist Sam Wineburg, professional historians naturally source their readings this way, whereas only a small minority of students do so. And it’s not just historians: give a book to just about any academic and ask her what she makes of it. The most important “tell” is that she’ll flip the text over and “read” it from the back: Who’s the author and publisher? Who wrote the endorsement blurbs? What does the bibliography look like? Who’s mentioned in the acknowledgements? A strange thing is that academics do this automatically (and I’ve run this experiment successfully many times; try it yourself sometime with an audience of professors). Perhaps even more strangely, no one can ever remember precisely when they started to do it or even being taught the technique. It just happened at some point in our training or careers and we don’t seem to notice doing it anymore.

I begin instructing my classes in the sourcing heuristic in their freshman year, and this group of students – some of whom I’d already taught – was well beyond that. Moreover, as our in-class inquiry above indicates, the task of rudimentary sourcing is far from impossible. Yet, no one had scrutinized this text on their own, even though some of them had already been trained explicitly in the technique, and even though all of them readily agreed that knowing such information was crucial. So, I pressed my luck a bit.

“What will you do when you have to read the next book for class?”

(Utter silence. It was as if the previous fifteen minutes had never happened.)

“No, seriously. We just went through all this. You proved you can do it and you agree it’s important. So, will you do it on your own next time?”

Finally, a nervous voice: “No. I mean, you assigned us the book, so it has to be legitimate and important, right?” (Heads nod all around.)

Therein lies the conundrum. The sourcing task itself is straightforward, but if I’m perceived as a gatekeeper to reliable scholarship, why should they bother? More importantly, if the students have to be prodded into doing the task every time, have they actually learned anything?

In this vein, I’m reminded of a story told by Randy Bass, a leader in the scholarship of teaching and learning movement. Overhearing some of his English students say that they couldn’t believe the professor thought Oregon Trail was a good book, Bass couldn’t resist intervening. “I think it is a horrible book,” he explained. But, he added, “I think it is an important book.”

I can take solace that my group of students at least recognizes the importance of the books we read for class. But the reason for the texts’ perceived status is a far cry from what I hoped to instill. If a transcendent goal is to make these students independent learners, they may be doomed when they leave my classroom and have to navigate texts on their own. Indeed, I’ve had ostensibly well-trained seniors submit research paper bibliographies replete with dubious sources that were clearly not scrutinized. They had been able to replicate a skill perfectly, but had never really comprehended or found value in it. In the parlance of Ken Bain, they are likely “strategic learners” who can mimic a technique, but who “understand little of the ideas behind [a concept] because they never intend to do so.”

I’ve long issued a question-based protocol for students to apply to historical texts. I routinely have classes do comparative analyses of primary and secondary sources, in which the provenance and authority of the texts matter, and I can easily imagine devising additional exercises that would reinforce the necessity of sourcing. Readers will undoubtedly weigh in with tips on how to address the problems I describe, and I’ll consider them seriously.

But, as much as I hate to say it, I wonder if much of these efforts will be in vain. Wineburg demonstrates that historians not only source their documents automatically, but read them in a manner their students do not – a fact more broadly applicable to the divergent ways experts and non-experts organize knowledge, as illustrated by Susan Ambrose.

Daniel Willingham, a renowned cognitive psychologist, writes that genuine proficiency in a subject area is partly a function of what’s called the “ten-year rule”: expertise can develop (if it develops at all) only after roughly a decade of specialized and intensive training. If true, this helps explain why we academics internalized the sourcing heuristic probably sometime in graduate school or in our early careers. But the ten-year rule might equally explain why the process fails to have a meaningful and lasting impact on most undergraduates.

For my part, I’ll keep trying, because what other choice is there? And I’ll dream of the day when I ask my students to take out that new book and they all instinctively flip it over to the back.

Dr. Pete Burkholder is an associate professor of history at Fairleigh Dickinson University, where he is also founding chair of the faculty teaching development committee.

Ken Bain, What the Best College Students Do (Cambridge: The Belknap Press of Harvard University Press, 2012).