Learner-Centered Pedagogy and the Fear of Losing Control 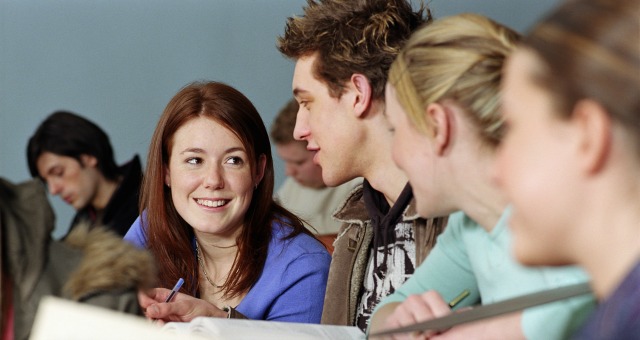 I recall my fear, walking into class that first day. Twenty-five eager students greeted me expectantly. My plan for the first two weeks filled me with uncertainty. I explained that they needed to divide up into teams of two or three, do research on a Chinese province, and come into class with handouts and a report on what they had learned. These were bright students and eager to learn. They enthused about the prospect of the project and returned the next several sessions with excellent presentations and dynamic discussion about the interconnectedness of a region of the world that had previously been a mystery to them. Their engagement in the work reassured me, as we moved on to the next stage of the course: my lectures.

I dominated the classroom and filled it with the fruits of my own learning, rather than creating an experience that would enable my students to learn effectively.

This proved a challenging task, as I spent my days outside of the classroom writing detailed notes that constructed a narrative of China’s nineteenth-century encounter with Western powers, and the Chinese Empire’s struggles to resist their aggression. I then moved on to the twentieth century miseries of war, revolution, radical social changes, and the trauma of Mao’s Cultural Revolution in the 1960s. Without formal training, Chinese words, important Chinese figures and places proved challenging to pronounce, and so I filled the chalkboard with them as I lectured, and stuck close to my notes. Students were reduced to silence—except for the sound of pens on paper and periodic sighs or requests for me to repeat a line I had said. Students walked out of my classroom with fingers cramped, but notebooks filled with information. I recall the sense of satisfaction I had. I was doing my job.

But near the end of the semester, two of the brightest students in the course asked to see me. When we met, they asked a very simple question: “What happened to the course we loved at the beginning of the semester?” I asked them to explain. They recalled wistfully the excitement of doing research and reporting what they had found, listening to their peers’ reports and the dynamic exchanges between students about provinces they had studied. They confessed that the lectures had been difficult to follow, and even harder to record in note form. Half the time they had difficulty making connections or understanding the narrative that I had condensed from the sources I had used. By the end of the conversation, they communicated a message I have never forgotten: we want to learn, and not be taught.

Looking back on that experience, I realize that it reflects a pitfall many professors fall into: mistaking “teaching” with “learning.” In my insecurity and desire to control the contact time, I dominated the classroom and filled it with the fruits of my own learning, rather than creating an experience that would enable my students to learn effectively. Those two brave students (grades had not been assigned!) helped me realize that my job is to facilitate learning. That means creating learner-centered experiences, and not classrooms dominated by the instructor’s (my) fear of losing control.

This approach demands much more of the students, and requires much more preparation from the professor before the semester begins. Careful planning is needed to build effective progression of learning, so that students of varying abilities and learning preferences can deepen their understanding in different ways and at different paces. However, over the years I have come to appreciate that students learn best when they are challenged to take charge of their educational formation. Instructors must let go of their own fears and insecurities, and create spaces where learning is possible.

Kenneth L. Parker is a professor of theological studies at Saint Louis University.

This article originally appeared in The Notebook, the blog for the Reinert Center for Transformative Teaching and Learning at Saint Louis University. Reprinted with permission.