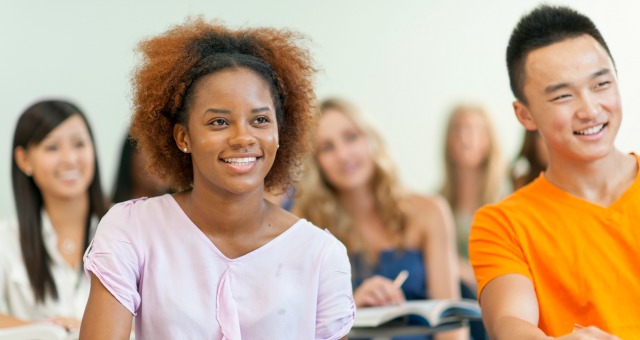 Editor’s Note: The following article was excerpted with permission from To My Professor: Student Voices for Great College Teaching, a new book that brings together student experiences and opinions with advice from master educators and experts. The book was written by students at Michigan State University under the guidance of Joe Grimm, visiting editor in residence in the MSU School of Journalism since 2008.

“I spend a lot of money to go to school here. It would be nice if a professor knew my name.”

“I appreciate the fact that you asked me what I wanted to be called because my name has various pronunciations in different languages.”

There are so many ways a simple and personal thing like a person’s name can lead to problems. The first student quoted above felt more like a number than a person because she felt none of her professors bothered to learn her name.

The second is an international student who was used to mispronunciations and questioning looks and appreciated a professor’s extra effort.

Mishandling names can lead to awkward moments. For many students, name problems come on the first day of class. Here’s a tweet with the hashtag #GrowingUpWithMyName. “Knowing the pause on roll call in school was my name. I would just start saying ‘Here’ before they even tried.” Everyone knows what it is like to have their name mispronounced sometimes. But imagine what it is like to have it happen almost every time—and with an audience of new peers.

While some students might offer a name that they feel will be easier to remember or say, it is not OK for instructors to rename students to make it easier to call roll.

There are those times when the professor calls a student by another student’s name. Somehow, the professor has made a connection. Maybe these are the only students of their race or ethnicity in the class. It seems like a little thing, but it carries big implications and it can make others in class feel uncomfortable.

One American college student reported feeling uncomfortable for Asian students when professors stumble over their names—and then turns the mistakes into jokes or ditties. It can humiliate the student and, if they are new to U.S. culture, it can be bewildering.

International names do not have universal spellings or pronunciations across cultures and societies. The student who appreciated a professor’s patience in learning the pronunciation of his name is French African. Where he is from, his name has a different intonation and spelling. The student felt very good about his class after this encounter because he perceived that his professor took the time to be personal with her students.

One international student said that she can always sense when professors are about to make a funny attempt at pronouncing her name. “They never ask first but they want to act like they know already, which doesn’t usually always end well.”

Because names are an important aspect of our identity, acknowledgment of a person’s name and its correct pronunciation can signal acceptance of that person into a new culture. Since acknowledgment leads to acceptance, many international students adopt English names to better assimilate. By doing so, they avoid the potential mispronunciation of their names and feel like they fit in. Fitting in can enhance learning.

Daniel F. Chambliss, Eugene M. Tobin Distinguished Professor of Sociology at Hamilton College, wrote “the best thing I do to improve students’ work in my courses is … I will learn and use their names. It’s easy, and it works. Using those names in class is uniquely powerful.”

Here are some strategies:

Marian Kisch, a freelance writer in Maryland, wrote in the November/December, 2014 issue of the International Educator: “Even a short conversation after class about the student’s home country can help the student feel more comfortable and can build rapport. Do your best to learn how to pronounce students’ names, even if it takes a few attempts.”

Dustin Carnahan, who teaches in the Michigan State University College of Communication Arts and Sciences, suggested customized rosters, which can accommodate extra columns for chosen names and pronunciations. Students should be able to tell the professor what they want to be called, “no questions asked,” he said.

In “Learning Student Names,” posted on the National Teaching and Learning Forum, Joan Middendorf and Elizabeth Osborn at Indiana University wrote: “A professor who does not know his or her students’ names may be perceived as remote and unapproachable. … In large classes, the task of learning student names can seem daunting, but even if the professor learns the names of only a portion of the class, a caring, inclusive atmosphere will be established.” They gathered more than 25 strategies for learning and retaining students’ names. They included name tags, tent cards, flashcard drills for the instructor, association and student introductions. There is probably something for most circumstances.

At the end of the day, it is always better to call students by the names they like. As Czech-born writer Milan Kundera wrote in his novel “Immortality,” “We don’t know when our name came into being or how some distant ancestor acquired it. We don’t understand our name at all, we don’t know its history and yet we bear it with exalted fidelity, we merge with it, we like it, we are ridiculously proud of it, as if we had thought it up ourselves in a moment of brilliant inspiration.”

Nichole Igwe is a journalism major and a public relations and French minor at Michigan State University.