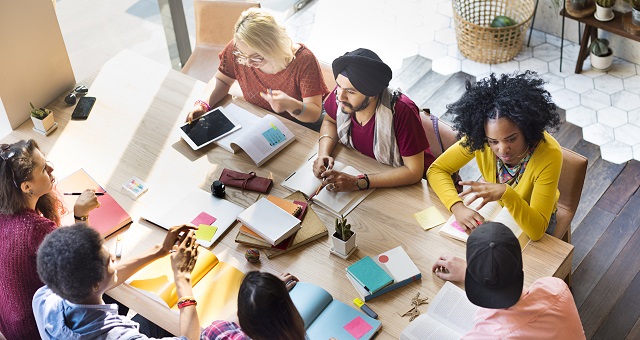 Research has indicated that many ELL students struggle with the context and purpose of communication, lack of vocabulary, poor word recognition, note taking, multiple choice and essay exams, complex syntax and patterns of written language, and memorization (Bifuh-Ambe, 2009). Abriam-Yogo, Yoder & Kataoka-Yahiro (1999) used the Cummins model to describe the challenges often faced by ELL students in higher education. The Cummins model focused on the following four needs of ELL students: language, culture, academic, and personal, which provides a conceptual framework for this article (Amaro et al., 2006; Yoder, 1996).

Communication was connected to all four needs, but it was especially concerning as it related to speaking skills. ELL students reported that they were hesitant to speak. A student commented, “You don’t want to speak because everybody is gonna be like, ‘Huh? Huh? Did you even know what she said?’” The ELL students articulated that technical terminology added another level of difficulty. Some ELL students felt alienated from their peers as it was difficult for them to communicate a message for others to understand. Some miscommunications led to students’ perceptions of discrimination. Other ELL students felt faculty and peers were impatient when trying to decode the message. An additional concern from ELL students was the fear that having an accent could create the perception that they are ignorant or unwilling to learn. “The person needs to understand that we have an accent, you know, but that doesn’t mean that I think with an accent.”

Written communication was a barrier, because many of the ELL students reported the use of British English. Students articulated that British English was their second language, and in most cases thought they would be academically prepared for college. A student stated, “English is my second language in my country, but we used English from England and it was a technical English and . . . it’s very hard to change it.”

The students expressed the importance of having culturally competent instructors. The ELL students were being instructed by faculty with limited culture immersion experiences. ELL students reported that they saw a positive difference in faculty who traveled outside the country. A student said, “I have one faculty who goes to Uganda . . . when they travel outside, they know how hard it is for us.”

Another ELL student expressed the importance of faculty and students learning their names. One student overheard a faculty member saying, “Is she even in that group? Uh, oh the other girl right? Oh, okay I didn’t even know her name.” The expectation is that at the minimum faculty should know a student’s name. “Why don’t you just learn at least the first name?” a student wondered.

ELL students reported that they initially felt that they were academically prepared, but quickly realized that they faced unforeseen challenges. One challenge noted was the time commitment involved in translating content. Translating lectures from English to their native language and being able to take notes in a timely fashion were challenges. An ELL student commented, “It’s like at the end of the day my brain crashes because . . . I don’t even know if I’m talking in English or writing in Spanish”

Time constraints on exams were also noted. For example, faculty provided English dictionaries for students, which appeared to help, but the students were not given additional time. “You only have a certain amount of time to finish the exam, you don’t really have time to look it up.“

Time was also a personal need. ELL students reported they wanted to participate in more support services, but they were unable to do so due to time restraints related to having a family and working to pay for expenses. All of the students were employed and a majority had families with young children.

ELL students also reported feeling isolated. One student stated, “I started the program about a year and a half ago, but then you can ask like, how many of you actually know this girl and they’d be like no I don’t even know her, is she even in our program? But actually we sit in the same class for the past year and a half. And then there are, it’s just like a few people you can actually open up to because with some of them, it’s so, I mean, you kind of approach them and they like just kind of pick up their books and leave.”

ELL students also felt that they were not treated the same by their peers or instructors. When group projects took place the ELL students often felt they were given the smallest or least significant portion. One ELL student commented, “. . . like having a group project or something if you have any idea to share they always feel like, do you even know it? Like everybody just look at you like, does she even know it or something?“

It is important to engage and support all students. This begins by gaining knowledge about their needs. This needs assessment gave ELL students a voice to share their experiences and perceptions. Their voices sparked actions to enhance the campus environment including establishing a faculty immersion trip fund, creating a faculty mentoring program, and forming a Diversity and Inclusion Advisory Council.

framework for teaching nursing students for whom English is a second language. Journal

Bifuh-Ambe, A. E. (2009). Literacy skills acquisition and use: A study of an English language learner in the U.S. university context. Adult Basic Education & Literacy Journal, 3(1), 24-33.

Dr. Kristine Owens, assistant professor,  joined the Department of Psychology and Human Services at Grand View University in the fall of 2017 after five years of part-time teaching. She teaches a variety of courses including Psychology of Exceptional Children, Abnormal Psychology, Program Evaluation, Personality Theories, and Introduction to Human Services. Her current research focus is areas of positive psychology related to student strengths, achievement, and academic enrichment.

Dr. Martha Doyle, professor, has been teaching social science courses at Mercy College of Health Sciences since 2005. She teaches a mixture of introductory and higher level courses including Introduction to Sociology, General Psychology, Social Psychology, Death, Dying & Bereavement, and Social Justice Approach to Social Issues. She also serves as the co-faculty advisor for the college’s student diversity organization.

Dr. Jeannine Matz, professor and dean of liberal arts and sciences, has been teaching and overseeing courses at Mercy College of Health Sciences since 1997.   In addition to overseeing all liberal arts and science courses, she is also a member of Heartland Global Health Consortium, Cultural Diversity/Inclusion Advisory Council, Service Learning Advisory Council and led student health-care immersion experiences to Merida, Mexico.