Kicking the Paint Bucket Down the Road: Checking in with Our Learners 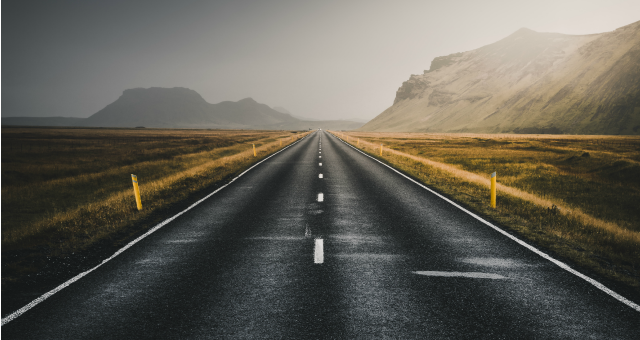 “How can this be?” shouted the supervisor. “You completed seven miles the first day, four miles the second day, and only one mile today! My goal for you was to have fifteen miles complete by now, and based on your first day’s production, I expected more than 20 since you should be getting better at your job. You’ve gotten lazy.” The new employee replied, “I was able to complete seven miles the first day because the bucket of paint was close by. But on day two, and especially today, the part of the road I was painting was very far away from the paint bucket. It takes time to walk back and forth.”

I believe we can learn many things from this new employee, the supervisor, and their interactions. Did they both do all they could to produce the best results? Should questions have been asked earlier? How do assumptions we make influence how we view others? What are we capable of accomplishing if we explore other options?

Way too many of us find something that works, and then keep doing that same thing over and over and over. We never take the time to explore if there might be a better way to accomplish the task, or if we do, we see it as too much trouble to change. And so, we keep doing the same thing the same way as the last time we did it. We administer tests with multiple choice and true/false questions because that’s what we had in school, and they’re much easier and quicker to grade. But do they really lead to learning, or do they just require students to “cram” the night before? What if we filled our learning environments with active learning experiences which forced learners to become true learners, rather than passive listeners? It takes time and effort to develop these sorts of learning experiences, but would our learners be better for it?

To the supervisor’s credit, he did set a daily goal for the new employee and checked in with him at the end of each day. Was this enough? Since it was a new employee, should the supervisor have checked how the employee was doing a few times throughout the first day? That would have taken some extra time and effort, but could it have paid off in greater production? The new employee did very well the first day, despite his inefficient methods. How much better could he have done with some early guidance? Do we treat our learners the same way? It takes time and effort to develop, administer, and evaluate assessments, so we just have a couple big tests throughout the semester. What if we had lots of small formative assessments scattered throughout? Would this permit our learners to discover their “mistakes” and take corrective action sooner, thus furthering their understanding? Would it allow us to better understand when learners were struggling so we could help them?

At the end of day three, the supervisor accused the new employee of becoming lazy. He did have some data to back up his accusation; the new employee had completed seven miles on day one, four miles on day two, and only one mile on the third day. In the supervisor’s mind, the only possible explanation was that the new employee had become lazy. After all, if the new employee could complete seven miles one day, why couldn’t he do something similar every day? The supervisor assumed he knew, rather than taking the time to explore what other possible explanations there could be. It wasn’t until he exploded at the new employee, that he learned the real reason—lack of understanding about how best to do the task. Do we assume our learners are lazy and don’t want to put forth the effort needed to learn in our course, or do we make the effort to understand what is going on in their lives that might be affecting their learning? There are lots of factors external to our courses which can be distractors to our learners. Some of these are under our learners’ control, and some are not. Do we take the time to understand our learners, and then provide some help or grace when that is appropriate?

What are we and our learners capable of if we don’t have to keep going back to the paint bucket at the start of the road? Let’s take the time and make the effort to learn new pedagogies which permit our learners to learn. Let’s ask the questions we need to ask and get our learners to ask questions as well. Let’s check in with our learners often—both to see if they are learning, and to identify what is prohibiting them from learning. Let’s stop doing it the way we’ve always done it and be brave enough to bring the paint bucket along with us on the journey. Only then can we—and our learners—move down the life-long learning pathway more effectively.

Bio: David Largent is an associate lecturer of Computer Science at Ball State University. His interests include flipped learning, learner-centered teaching, and CS diversity and inclusivity. Previously, he was a practicing computer scientist for 28 years, serving in a business environment.

If you’d like to contribute your own joke and essay for consideration in the “Jokes as Parables for Teaching and Learning” series, contact Professor Dom Caristi at Ball State: dgcaristi@bsu.edu.