Creating an Ongoing Feedback Loop with Your Students 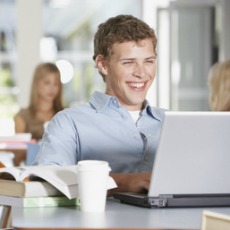 Feedback is often given to students after the fact. After they completed their assignments, and after they turned in their exams. Likewise, faculty receive feedback from students in much the same fashion. After a paper is late because they didn’t know how to submit it electronically, after they dug a grading hole that will be difficult to climb out of, or after the course has ended.

Highlighting potential pitfalls and offering the resources for overcoming them is just one of the ways Schiefelbein ensures a continuous feedback loop throughout her courses. During the recent online video seminar Engage Online Students with Targeted Feedback, Schiefelbein demonstrated a variety of strategies and methods faculty can use to collect, harness and disseminate feedback.

Four times each term Schiefelbein sends out an email to each student that outlining the possible points available and earned to date. Within that email is a list of resources, such as the tutoring center or writing center. She then encourages a little reciprocal feedback by asking students for feedback on the course. She’ll ask questions such as: ‘What was your favorite part of the course so far?’ or ‘What have you found most challenging?’ and then takes that feedback to make improvements throughout the remainder of the course.

An effective feedback loop also means communicating with students across multiple channels — discussion boards, email, audio and video — and Schiefelbein recommended a number of tools for accomplishing this task if the course’s learning management system (LMS) doesn’t have the functionality already built-in, including: VoiceThread, which supports text, audio and video, Audacity, AudioPal and Voxopop.