How Teaching Can Inform Scholarship 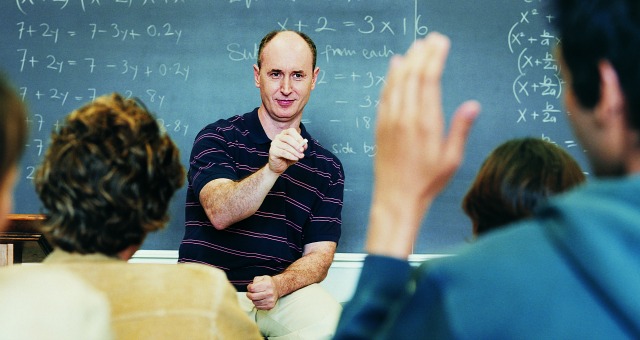 While college and university faculty are paid to teach, we are often hired because of our scholarship. We are evaluated in the hiring process by the strength of our publications and conference presentations. Therefore, it makes sense that most of us in academia allow scholarship to drive our teaching. Yet the need to focus on scholarship also results in a common complaint that teaching interferes with our time for research. I believe that if we creatively reconsider the relationship between teaching and scholarship we can improve both. I argue that teaching is an undervalued resource that can directly enhance our scholarship—and not just the scholarship of teaching and learning.

As a doctoral student at an R-1 university that valued teaching more than many institutions there was still a strict divide between the work done in the classroom and scholarship. If there was any acknowledged relationship between the two it was one of interference—teaching gets in the way of scholarship. But the reality was that I had to teach to finance my graduate education. Teaching was a job. It was a necessity, and it was understood that it might slow my progress toward degree completion.

To be honest, it probably did slow my progress, but it also crystalized for me my choice of profession. It was through teaching that sociology seeped into my blood. While my time to completion was longer than expected due to a heavy teaching load, other peers in my cohort drifted away from graduate school—several of whom were on full scholarships and didn’t have the burden (or should I say privilege?) of teaching.

My first teaching position, as an adjunct lecturer at Saint Mary’s College of California, a liberal arts Catholic college where I am still on the faculty today, carried with it a teaching load of seven courses a year—three in the fall, three in the spring, and one in the January Term.

The January Term at Saint Mary’s is a four-week semester in which faculty are encouraged to teach intensive, rigorous, and creative non-disciplinary courses in innovative ways. We are encouraged to push the boundaries of our disciplinary expertise and to experiment with new pedagogies. Faculty are free to travel with their students, to go on field trips, and to utilize the large blocks of class time in often unconventional ways. The students and the faculty focus on only one course for the month. Students choose January Term classes not based on their major, but upon what they find interesting. January Term is a time for exploration and unexpected discoveries for both faculty and students.

Because I was hired just a week before course proposals for the January Term were due, the dean suggested that it was too late for me to put together an application. She proposed to draw up my contract for six classes, not seven. Having just finished graduate school, I had never experienced a full-time salary. I was eager to get paid for that seventh course. I quickly got up to speed on the spirit of January Term and put together a proposal. Teaching that course changed the direction of my scholarly career.

In considering what to teach that January, I challenged myself to think outside the box. I knew how to teach a traditional survey course on the sociology of education, but that wasn’t taking advantage of the rich opportunity of January Term. I decided to start with what I knew (the sociology of education) and to learn alongside the students as we built upon that foundation in creative ways. For my first January Term class we explored the ways in which education is understood in the popular culture by analyzing representations of education in Hollywood films. I was not a sociologist of culture, but I became one in the classroom. The students and I enjoyed the process of discovery as we creatively applied the sociology of education literature to Hollywood’s image of high schools. That class, “Hollywood Goes to High School,” inspired me to pursue a new research agenda that has resulted in several publications, most notably the book Hollywood Goes to High School: Cinema, Schools, and American Culture (the second edition was published in March).

This research deviated significantly from the trajectory I was on coming out of graduate school. Perhaps I would have accomplished just as much by pursuing the next phase of my dissertation research. However, the path my scholarship took is much more meaningful to me today than my dissertation research ever was. It is meaningful not only because scholars in a variety of disciplines cite my work or because other teachers find the book useful in the classroom, but because it grew organically out of my teaching.

Thanks to the innovative and exciting January Term program at Saint Mary’s there is now a synergy between my scholarship and teaching. This synergy is particularly exciting at a liberal arts college where teaching and research are valued equally in the rank and tenure process. I am not saying that regular-semester teaching can’t inspire scholarship in the same way. It certainly can and does. However, the January Term experience provides faculty a unique opportunity to focus on one question for the whole month. By having the freedom to take a chance in the classroom—to teach outside the box—allows faculty the opportunity to explore alongside students a potentially new area of research, to learn a new literature, and to experiment with new pedagogies.

I’ve since taught outside the box with other January Term classes. I’ve explored in depth with students the social experience of music, the social construction of natural disasters, the significance of the railroad in American culture, and the multiple meanings that California has in the popular imagination. Some of this teaching has contributed to my scholarship and some has resulted in a dead-end. In all cases, however, my January Term teaching has sparked my imagination and taught students that the quest for knowledge begins, but does not end, within the confines of the classroom.

Robert C. Bulman is a professor of sociology at Saint Mary’s College of California.

This article was originally published on Faculty Focus on April 10, 2015

Post Views: 1,829
improve my teaching scholarship of teaching and learning