From Team Charters to Reflections: Six Steps for a Successful Group Project 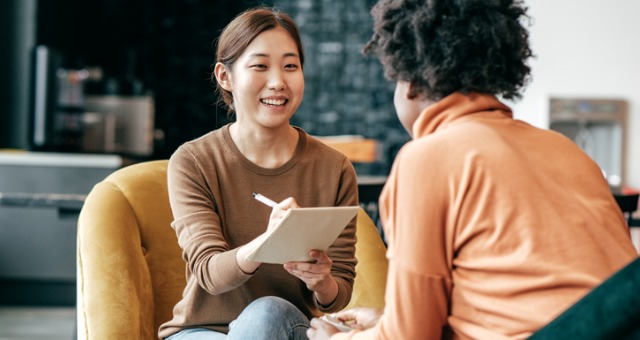 I teach a business writing course, and I used to dread assigning group projects. While I valued the lessons teamwork provided, those takeaways were often overshadowed by complaints over differing personalities and grading criteria.

After a languishing year on Zoom, and once everyone was able to return safely to the classroom in August 2021, I decided to try group projects again, but with significant changes. Thankfully, those changes were a success.

Here are the steps I took:

One of the biggest mistakes I made the first time was introducing the group project too late in the semester. For example, in a typical semester my students complete three large individual assignments and one team project, all due on the last day of class.

In previous semesters, I didn’t want any assignments to overlap, so I waited until there was one month left in the semester before even discussing the team project. I quickly realized this wasn’t enough time.

At the end of that semester, students told me they would have preferred to know about it much sooner so they could start working on it, even if they were finishing another paper for my class simultaneously. Therefore, this time, I introduced the group project the first day of class, and we dove in about halfway through the semester. Having an extra month significantly lowered the stress level of my students and subsequently produced higher quality projects.

Step two: Allow students to evaluate their own work habits and pick their partners

Another mistake I made previously was randomly assigning groups. So this time around, prior to group formation, I sent out a Google doc allowing each student to identify their strengths and weaknesses. For example, I asked, Are you a leader or a helper? Do you work ahead of schedule or at the last minute? How do you prefer to communicate with others in your group?

In addition, I also asked each student if there was anyone specific in class they wanted on their team. I still put the groups together but this allowed the students to have a bit more control.

A lot of research supports implementing Project-Based Learning (PBL) into the classroom. For example, Tiwari, Arya, and Bansal (2017) found that PBL “places students in realistic, contextualized, problem solving environments. In so doing, projects can serve to build bridges between phenomena in the classroom and real life experiences” (p. S4).

In order to create a “real-life” scenario for my students, I partnered with a local organization. Our client was the CEO of a small nonprofit, and he was struggling with a number of issues in the areas of finance, human resources, and marketing. I allowed each group to decide which problem area they wanted to tackle. In previous semesters, I assigned each group a different problem, but this time, I let the group members decide. And if two groups wanted to focus on the same issue, I allowed that too.

On the third-class period after I introduced the assignment, the students interviewed our client. During the previous class, each group had developed their own questions based on the group’s interest so the students were prepared.

Their finished product was a White Paper (one per team), where the students outlined the overall problem and assessed all sides of the situation, and then landed on a recommendation. During the final class period of the semester, the students presented their solutions to our client. It was a win-win scenario; the client received helpful feedback, and the students bolstered their research, communication, and problem-solving skills.

Team charters are nothing new in the business world or even academia. Team charters are used to determine objectives and identify ways to combat conflicts. The first day I assigned the group project, I educated the students on team charters and their purpose. According to Aaron, McDowell, and Herdman (2014), “team charters serve to reinforce healthy team norms” (p. 96). I shared this with the students and asked them to create their own version of a team charter. I provided prompts such as, How do you plan to meet deadlines? How will you communicate outside of class? Who is the team leader? What role will each team member play? How will you handle your differences?

Students shared that they referred back to the team charter multiple times when facing challenges with group dynamics or other issues, proving it was a worthwhile activity.

Before, I never allowed much time in class for teams to work on their projects. This time I decided to try something new, and I offered six class periods (one hour and 15 minutes each) for group work. I told the students they were responsible for deciding how to use their time most effectively. So, if they wanted to leave early, for example, they could. However, nearly every group worked for the entire time each class period. This allowed them time to complete the work at their own pace, and I was able to observe their group dynamics and answer questions as they arose.

The final step was reflection.

I didn’t want to ask the students to evaluate each other. I have tried this in the past, but I have found that if emotions run high, students may not rate each other unbiasedly. Instead, I had them reflect on their own contributions. Most were refreshingly honest, stating that some days they didn’t pull their weight, for instance, or they dropped the ball on their part of the research.

In conclusion, I now feel that with proper planning, group projects are valuable. Moving forward, I plan to continue assigning them. I also plan to continue working with an outside organization. At first I was trepidatious, but by implementing the changes listed above, I have found success. And more importantly, my students did too.

Elizabeth Dunham, MLS, is retired marketing executive and current adjunct lecturer at York College of Pennsylvania. She teaches courses in business communication as well as the first-year experience.