Dealing with Student Deceptions: What to do with ‘Death in the Family’ Excuses 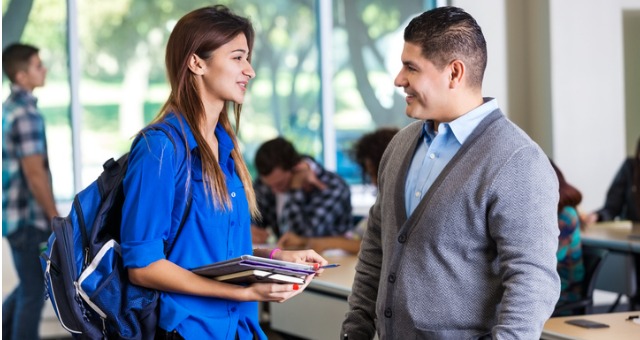 I grew up watching M*A*S*H, a dramatic comedy set in a mobile U.S. Army hospital during the Korean War, and it has influenced my teaching in some surprising ways. One of the characters, Corporal Klinger, spent most of the series trying to get sent home. In one of my favorite episodes he tries to secure a compassionate leave to attend his grandmother’s funeral in Toledo, Ohio. His commanding officer, Colonel Henry Blake, reviews this latest request and discovers that Klinger has claimed dozens of grandparents’ deaths in the course of a single year, along with various unlikely permutations of this family crisis. Blake never accuses Klinger of lying; he just suggests it is remarkable that the same four grandparents could repeatedly meet such tragic ends.

Early in my professorial career, I noticed two patterns: (1) requests for extensions on papers and forgiven absences spiked immediately prior to major breaks, and (2) dying grandparents were nearly always the explanation offered for those requests. I definitely wondered, and sometimes felt guilty, about the close correlation between expiring relatives and due dates listed on my syllabus.

In reality, however, students do have family members who die, and human courtesy demands a sympathetic response. Moreover, with students, I aspire to establish caring relationships that are built on mutual trust, as opposed to operating in a perpetual state of suspicion about requests for special treatment. And while the stories we hear sometimes strain credulity, there is nothing to be gained by suggesting that a student is lying about a death in the family. It seems wise to err on the side of solicitude.

On the other hand, real grief at genuine losses and true need for accommodation are dishonored when someone gets away with a specious and deceptive story to cover not being prepared or wanting a few more days of vacation. So here’s what I’ve come up with: when a student informs me that a close relative has died, I immediately send a condolence card to the whole family, expressing my sympathy for their loss. If the student has been explicit (“It was my grandmother”), I am too. I can also match their vagueness.

If the loss was authentic, the family is touched at the gesture, and I am truly glad to have extended that civility. However, if the story was a fabrication, the student finds he or she has some uncomfortable explaining to do to the family, which usually curbs that behavior.

Word gets around, and in my case, it didn’t take more than a year. Students figured out that it wasn’t pleasant getting caught in this lie, and those students who had endured legitimate losses knew they were dealing with a compassionate person who would help them figure out how to meet their academic obligations. I have had students tell me forthrightly they had decided against the facile deception about a dying grandmother and opted instead to just ask for an extension outright. They explained further that they figured anyone willing to call their bluff by sending condolences to the whole family would probably treat them with reasonable due process anyway.

Karen Eifler, PhD, is an associate professor in the School of Education at the University of Portland, Oregon.