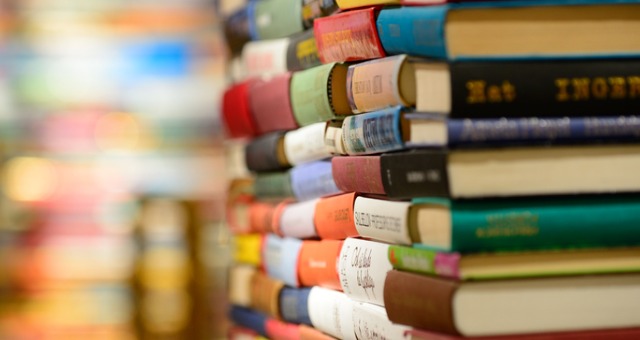 It all started with a survey…A recent study of preservice teachers at our university conducted by a teacher candidate for her senior research showed interesting results. The “Teachers As Readers Survey (TARS)” was used to examine both reading habits and knowledge of children’s books. Although most participants self-identified as “good readers” and indicated that they read for pleasure, few responded to reading more than once a month (or hardly ever). Most participants had difficulty either naming children’s books within a genre or labeling the correct genre of a book. For example, ten out of fourteen preservice teachers who were enrolled in the Education Department’s course, Language Arts and Literature for Children, could not list any titles of non-fiction texts recently read. One student listed the Harry Potter series as “good” nonfiction texts.

Despite personal and academic benefits of children’s literature (International Literacy Association, 2010; McCutchen et al, 2002; Short, Lynch-Brown, & Tomlinson, 2013), many in-service teachers either do not read children’s books and/or do not know children’s books (Brinson, 2012; McKool & Gespass, 2009). This can have a negative effect on their elementary students.  A reading teacher has two important goals in helping students become literate: (1) developing the ability to read and (2) developing the habit of being a lifelong reader (Burgess et al., 2011). Researchers have questioned whether teachers who do not read for pleasure can successfully nurture those behaviors in young readers (Applegate & Applegate, 2004; Trelease, 2006).

As a passionate reader and researcher of children’s literature and literacies, these survey results at my university were extremely concerning. Research shows that elementary students benefit from having teachers who both enjoy and know children’s books because these characteristics translate to literacy best practices and positive growth of student reading comprehension (Burgess et al., 2011; Cunningham & Stanovich, 1997).

I was especially concerned that students could not list any titles of nonfiction texts they had recently read. Nonfiction texts can be broadly defined as texts that report and explain facts about the surrounding world (Duke & Kays, 1998) through different organizational patterns (Fisher & Frey, 2007). For this study, Orbis Pictus Award winning books were used, so I defer to the committee’s definition for nonfiction: any title which has as its central purpose the sharing of information, including biography, but excluding textbooks, historical fiction, folklore, or poetry (https://ncte.org/awards/orbis-pictus-award-nonfiction-for-children/).

When I started teaching the Children’s Literature and Language Arts course at my university, I committed myself to the end goal that my students would know nonfiction texts and practice reading them with a critical lens. I used the Orbis Pictus award winners and honors in my preparation of teaching the literary genre of nonfiction, as well as integrating these texts throughout the content areas as a tenet of Language Arts. In one in-class assignment, I asked students to select a recent winner and complete a reflection by answering the following sentence starters adapted from Gallagher’s (2009) one-pagers:

The most common response to the final sentence starter was that students were surprised that their text was a real story. Keep in mind that they wrote this after seeing the syllabus topic of “Nonfiction” for the class session and after a brief introduction of the award. When probed, students elaborated that they had a very narrow idea that nonfiction texts were textbooks. None of the Orbis Pictus texts resembled textbooks at all. The picture book formats of the honor and winner books tricked my students into thinking that these were narratives and not expository texts.

Thankfully, the other reflections demonstrated that students were reading with a critical lens. Based on the constant comparative method according to Maykut and Morehouse (1994), I examined that these reflections began to derive themes and categories across the data. Furthermore, to organize data, I studied responses using Lewison, Flint, and Van Sluys’ (2002) four dimensions of critical literacy: disrupting the commonplace, interrogating multiple perspectives, focusing on sociopolitical issues, and promoting social justice.

Emily (pseudonym) wrote in response to Ada’s Violin: The Story of the Recycled Orchestra of Paraguay that, “it seemed like the whole city was surrounded by the landfill.” She employs a language of critique here by displaying aptitude in the dimension of disrupting the commonplace. Her reflection prompted a discussion in class about poverty conditions in Cateura, Paraguay compared to local students living in poverty. This conversation moved to focusing on sociopolitical issues by questioning “how sociopolitical systems and power relationships shape perceptions, responses, and actions” (Lewison et al., 2002, p. 383).

Jasmine read and responded to The First Step: How One Girl Put Segregation on Trial. She was surprised that she “had never heard about Sarah Roberts, but had heard about the only white man in this story {Charles Sumner}.” Our discussion expanded from the plot of the text to considering why we would know about Sarah’s lawyer and not Sarah herself. This is an important evaluation on the sociopolitical issue of whose stories are told in school history classes. Jasmine reconnected with her reflection when she also posed her wondering of “how many other stories/cases are there similar to Sarah’s and Linda Brown’s?”

Students practiced interrogating multiple perspectives by completing the “I wonder…” sentence starter in their reflections. In this dimension of critical literacy, readers need “to understand experience and texts from their own perspectives and the viewpoints of others and to consider these various perspectives concurrently” (Lewison et al., 2002, p. 383). This can be a difficult task for some; students look at the world from a limited perspective and lack practice seeing things from other points of view.

Olivia read Swan: The Life and Dance of Anna Pavlova and wrote that she wondered “how children react when they read, or hear, this book. How do they feel about the ending?” She confessed that she had cried when she learned how Anna died at the end and felt quite surprised: “I wasn’t expecting it to end that way.” This pushed her to consider how her future students might react to the text. I shared with her that my second-grade teacher friend found that her students weren’t nearly as upset at the ending as we adults had been.

“I noticed that this book was far more interesting than I thought a nonfiction would be!”

Nonfiction texts are meant to be read with a critical lens (Lloyd & Wertsch, 2016). Placing critical literacy curriculum in the hands of teachers is the first step to enriching the educational experience for their students. It should be noted that while Orbis Pictus award winners and honors were used with preservice teachers here, this award is not without its own critiques. Crisp (2015) analyzed past nominees and shared his concerns that the nominated books had the following issues: notable gender bias favoring males; most focal subjects were dead (when submitted); region, religion, and socioeconomic status were single-focused on white, American middle-class males. These concerns were valid at the time; however, the recent Orbis Pictus nominees are varied in focal subjects. For the most part, the committee selects texts that my students admit “tricked” them into learning something new.

Mary Ellen Oslick, PhD, is an associate professor of literacy and reading in the Department of Education at Stetson University. She teaches undergraduate and graduate courses in reading methods, children’s literature, and critical literacy practices throughout the content areas. Her research areas of interest include: social justice and critical literacy applications; multicultural children’s literature; and reading and writing instruction with diverse learners. She is an active member of the International Literacy Association (ILA) and currently serves as the co-chair of the award selection committee for the Notable Books for a Global Society (NBGS).

Gallagher, K. (2009). Readicide: How schools are killing reading and what you can do about it. Portsmouth, NH: Stenhouse.