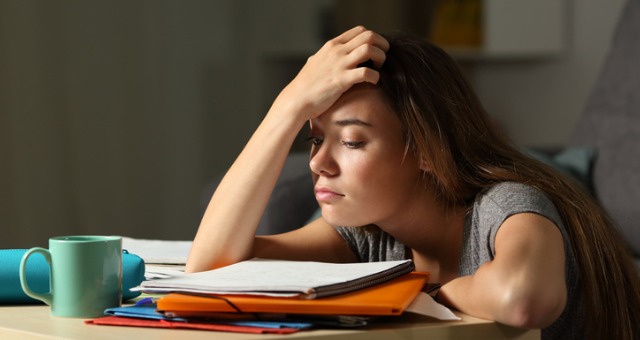 Some of the recurring topics on Faculty Focus in the past ten years pertain to handling excuses, extension requests, and late work, because teachers regularly deal with those issues. Suggested remedies range from giving one-time grace to assuming deception as the norm. If you have been a teacher for any length of time, you already have some sort of policy and have maybe modified it more than once. With this article, I am providing a peek at how and why I morphed from a rigid to a more flexible deadline/late penalty policy and what I observed as a result.

When I began teaching online in 2015, my policy was to deduct 10 percent for each day an assignment was late. That was the maximum allowed by the university as stated in the student handbook, so I adopted that as my policy. I thought that would make everything fair and square for everybody. (I can hear some of you chuckling.) However, three repeating scenarios made me reckon with my naiveté and prompted me to begin tweaking my policy.

Since I was foregoing late deductions for weather, I decided to do the same for other issues beyond a student’s control, so I began allowing late assignments with no or minimal penalty (5 percent). But only if students contacted me prior to the deadline with a valid reason. (I can hear some of you chuckling again.) As a result, I was inundated with eleventh-hour extension requests for a variety of reasons. Those who contacted me after the deadline with a valid reason received the same consideration. Meting out punishment or pardon based on their reasons and timing made me feel more like Judge Judy than their teacher.

It was around that time I read an article suggesting that teachers abolish deadlines and late penalties altogether, but I saw three main problems with that approach.

Because I wanted to assess my students more on the quality of their work than the speed with which they completed it, while also encouraging timely work without using the incentives of extra points for timeliness and lost points for lateness, I made another policy tweak.

The course ran for seven weeks with a writing assignment due at the end of each week. I could not allow assignments to be turned in after the seventh week ended, but I did allow students five extra days without penalty for each of the six assignments due in the first six weeks. If students turned in their assignment by the deadline each week, I graded it and allowed them to revise and resubmit after seeing my feedback. For those who turned in their assignment during the five-day grace period, they also had the option to revise and resubmit after seeing my feedback, but the highest grade they could receive on the re-do was five points less than the maximum possible for that assignment. If students turned in their assignment after the five-day grace period, then I enacted a late penalty of 5 percent for each day it was late, and they could not revise and resubmit after seeing my feedback.

What I observed was that only two or three students chose to revise and resubmit and even fewer turned in assignments after the five-day grace period. As a result of that new policy, my grading workload negligibly increased, the number of assignments receiving late penalties noticeably decreased, the occurrence of excuses and extension requests became almost non-existent, and the incidence of grades reflecting the quality of the assignments exponentially grew. The lesson I learned, and continue to learn, is that if my policies do not uphold my teaching philosophy then it is time to consider some modifications. Making small tweaks through multiple class sessions helped me notice the details that needed adjusting. Now I’m off to rethink my discussion forum grading policy . . . again.

Brenda Thomas is an online instructor in the humanities who writes on topics related to online higher education.