Plagiarism vs. Originality: Why I [heart] Melania Trump 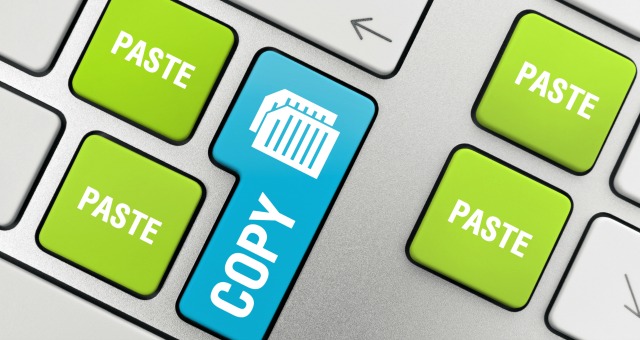 When I first I started teaching, I knew what plagiarism meant and how it related to schoolwork. But student “cheaters” challenged my beliefs. I also assumed graduate students would submit original work. So it took me by surprise when I noticed a mysterious improvement in one student’s writing capacity, well beyond the skill level he’d demonstrated earlier. When a Google search proved more than 20 percent of his paper was copied, he explained it as a computer error—he’d accidentally dropped the footnote when cutting and pasting. I lowered his course grade, but assumed it really was a snafu—not subterfuge. The (now) obvious question went unasked: Why was so much of his assignment based on other people’s insights?

To avoid similar calamities, students now submit homework via Turnitin, a product that cheerily refers to its service as an “originality check.” The software instantly generates a “match score” meaning the percentage of text that’s been copied. It allows those with a high score to try again. But few seem to review the data.

When I asked a student why he turned in a paper with a 50 percent match score, he responded with a surprised, “I thought I changed it enough.” I knew him and was certain he was truly confused. In fact, rather than seeing his action as deception, I experienced it as a revelation. I dropped his final mark, but realized he and I were approaching this subject in completely different ways.

His response suggested a belief that paraphrasing not only avoids plagiarism, but also constitutes originality. I had a different perspective about these ideas, especially that of originality, which I define as reaching inward to access intellect and experience to spark novel thinking. Perhaps that software program is aptly named after all.

Over time I saw that this way of thinking was more prevalent than just an isolated case. Other than believing that inadequate writing and critical thinking preparation is the root cause, I wasn’t sure what to do.

I sought advice from and shared my observations with experienced instructors. It’s clear that improving writing and thinking requires a multi-pronged solution. But using the plagiarism software seemed like it could be a helpful start, if only to spark discussions about originality. But I failed to gin up much interest. The conversation often bounced back to, “I know when they’re cheating.” The “international student as plagiarist” theme came up a lot, too. Although I’ve seen many articles on that subject, my own experience is different. My 50-percent paraphraser, for example, grew up on the West Coast.

Melania Trump’s Republican National Convention speech put plagiarism in the spotlight and generated a great deal of attention. The study in contrasts she presents reminds me of my students. In her speech Ms. Trump described herself as traveling “the world while working hard in in the incredible arena of fashion.” Until recently, her website highlighted her entrepreneurial pursuits, displaying the skin care collection she created and jewelry she designed.

The image of “industrious creator” clashes with “speech plagiarist.” It’s at odds with someone who says she wrote her speech with “as little help as possible” on Monday and has her speechwriter take the hit for plagiarism just two days later.

But this inconsistency is familiar. I teach an impressive lineup of activists, actors, bloggers, dancers, fashionistas, painters, poets, singers, and social media doyen. They express a desire to be part of high-profile conversations in the arts, business, and on the Internet. But in the classroom their bright plumage fades. They seek and repeat the most easily accessible tropes.

The real goal, I see now, is to help them bridge the gap within themselves and bring their intrinsic creativity into the class, rather than leaving it at the door.

I need a more nuanced definition of plagiarism and paraphrasing and originality, rather than my current syllabus boilerplate, “Originality match scores higher than 10 percent means I will lower your grade by a full letter…” Yet encouraging students to focus on a number without explaining what it stands for accomplishes little. Instead, it threatens to spark a mad scramble to change words and sentence structures, rather than taking on the task of thinking more deeply about subjects.

I made a rookie mistake by only speaking to my peers about the plagiarism issue. I need to bring students to the table. Until now, I hadn’t questioned why Johanna Blakley’s TED talk about copyright as an inhibitor to creativity is always a hit with my classes. Now I wonder if student interest in Blakeley represents a cross-generational difference in understanding. Engaging more deeply with the students on these issues provides a forum to see how easy access to information, mash ups, and sampling influences their thinking.

Fortunately, Melania Trump provides a timely and nonthreatening way to broach plagiarism. She serves as a springboard to dive into the subject of originality. For that, as well as for the additional thinking she helped spark in me, I am grateful to Ms. Trump.

Diane Rubino is an activist, an adjunct instructor at New York University, an ACT-UAW union member, and an applied communications professional who seeks to make the world more healthy and humane.