Dealing with Students Who Test Your Patience 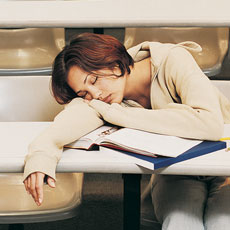 Difficult students are a potential problem for every faculty member. This is why it’s important to learn ways to deal with inappropriate or disruptive student behavior. In an email interview with The Teaching Professor, Brian Van Brunt, director of the Counseling and Testing at Western Kentucky University, and Perry Francis, professor of counseling at Eastern Michigan University, addressed some of the key issues involving these types of students.

What are some common behaviors of difficult students?

Brian: Some behaviors that I have experienced in the classroom that I would consider disruptive often center on inattentive behaviors and those indicating a poor sense of classroom motivation. Here the students are surfing on their laptops, checking their phones for text messages, or generally not paying attention to the lecture at hand. More serious disruptive behaviors have involved students who directly and persistently challenge my authority in the classroom or seek to disagree with points in the lecture merely to make their own unrelated points.

Perry: The common behavior I see is chronic tardiness to class. These are the students who are perpetually late and as they come in, usually find the one seat in the room that causes the most disruption as he or she settles in. Other disruptive behaviors have included side conversations, monopolizing the discussion with your own agenda, electronic issues (cell phones, PDA, inappropriate laptop usage, etc.), and leaving early without discussing it with the instructor.

Are there certain difficult or disruptive behaviors that are becoming more prevalent among college students?

Brian: I think the inattentive behaviors mentioned above are the most common for students to demonstrate in the classroom. These are often followed quickly by either rude or disrespectful behavior or what I would consider a general lack of civility and manners in the classroom.

Perry: There has been an increase in a lack of respect and common manners towards each other and the instructor. This comes out in classroom discussion, private conversations between the instructor and the student, and a lack of a willingness to meet someone halfway.

What are some common mistakes professors make in dealing with difficult students?

Brian: I think the most common mistake is adapting the approach of “It’s my way or the highway” or exerting power and control too quickly and in a heavy-handed fashion when a more sophisticated, tactical response would get the job done more effectively—for example, embarrassing a student who is misusing technology in the classroom in front of the entire class instead of taking the time to meet with the student after class and have a more respectful conversation with them about what they are doing and why you find it distracting. The latter approach takes more time and requires more patience from the faculty member—but it often is more effective in achieving long-term compliance. It also teaches the student the idea of giving respect to get respect.

Perry: One common mistake is instructors who do not share their classroom expectations at the beginning of the course. Often the syllabus contains all the course assignment information but very few classroom expectations. Additionally, if the expectations are in the syllabus, they need to be shared during the first class, just like you would share the information on the assignments. The expectations also need to be flexible to meet the needs of the instructor as he or she teaches AND the students as they learn. It is generally not a one way highway.

What are some possible consequences of ineffective classroom management?

Brian: If they are too heavy-handed in their approach, faculty can end up creating an atmosphere of fear in the classroom that will ensure compliance but never quite achieve a respectful classroom atmosphere. Students will comply with behavior out of fear of being embarrassed and never truly buy-in as stakeholders in the process of learning. If a faculty member ignores classroom behavior then they run the risk of losing total control of their classroom, which also drastically impacts the creation of a successful learning environment.