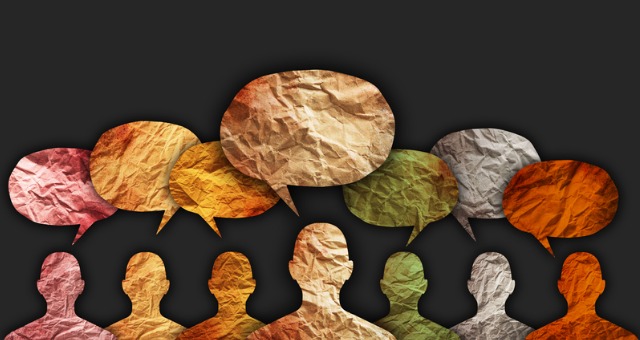 While we instructors have good intentions when trying to integrate understanding of cultural diversity into our classrooms, many of our efforts can have the opposite effect of the one we desire. As a result, guilt and resistance can overshadow the goal of increased student awareness and understanding. Many of the negative student reactions can be lessened, however, with an increased emphasis on awareness of one’s own identity and social location and a decreased focus on those of the other (those that are different from one’s own or the dominant culture in one or more ways, such as race, ethnicity, religion, sexual orientation, ability, etc.). As Kowal, Franklin, & Paradies (2013) explain, focusing on the other through cultural awareness training can actually lead to a false sense of mastery of another culture, which not only reinforces problematic power relationships, but can also grossly oversimplify the culture such training seeks to reveal.

In order to shift the emphasis from the other to the self, I like to use a number of different tools and strategies. One such tool is the power flower. For the purposes of this article, I will be referring to the version outlined on the University of Toronto Educational Activism site (http://www.oise.utoronto.ca/edactivism/Activist_Resources/The_Power_Flower.html). Through the use of this tool, instructors can help students unpack their own social locations, placing emphasis on the self rather than the other.

Although most websites that share power flowers offer slightly different flower graphics and instructions, they all serve a similar purpose: they allow the group to identify prominent features of the dominant culture, often focusing on what some perceive as social ideals; then students can examine those “norms” or “ideals” to see how many elements of the dominant culture figure into their own lives. For example, my classes may identify “white,” “Christian,” “affluent,” “educated,” “able-bodied,” “heterosexual,” and “healthy” as social norms or ideals based on their communities, and they would label each petal of the flower with one of those terms. Students would then individually determine how close they are to each of those norms to see where their social privilege exists—or doesn’t, as the case may be. Results may or may not be shared, depending on the class and the purpose of the activity; the goal is to allow students to identify where they are privileged in their societies and where they are disadvantaged. In any case, the best discussion comes not necessarily from asking students to fill in their flowers with their own experiences, but often from the preliminary discussion about what their particular communities perceive as ideal. It’s also interesting to see how ideals and norms shift from group to group.

After students have focused on their own social locations, they are better positioned to examine and discuss behaviors that may be identified as racist, sexist, homophobic, or discriminatory in another way. The tool I like to use for this purpose is the triangle tool (Lopes & Thomas, 2006). For the purposes of this article, I will be outlining a rather simplistic use of the triangle tool, but in conjunction with Lopes and Thomas’s book (2006), the tool can also be used in more sophisticated ways to unpack and address complex issues; it essentially enables instructors to help students examine individual behaviors and discover their underlying systemic roots and causes without placing blame on individual people. The three points of an equilateral triangle each represent different levels of discrimination: the top point represents individual behaviors, that which we see; the two bottom points represent powerful, unspoken beliefs and systemic forces, laws, and structures that keep the beliefs in place. Finally, after exploring the three points of the triangle with students, instructors can guide students through an examination of the impacts of the behaviors and beliefs.

For example, if a student witnesses a homophobic remark, we can use the tool to unpack that remark and its impact:

Students may (and often do) come up with many, many answers for each category. The tool can be used to uncover many different levels of discriminatory behavior, from, for example, mild sexist comments in a meeting all the way to racially directed violence on the street. By asking the students to unpack these points of the triangle, the instructor can allow discussion to happen without judgment or blame, as students can then see that although all they witness is the individual behavior, there are larger social forces at work that perpetuate that behavior. Again, this realization often helps them understand that larger social change is necessary for social justice and equality, and it can be impacted by individual acts, just as those acts can be influenced by the larger forces. Instead of feeling guilt and shame, students may feel empowered to seek positive change.

If used carefully and sensitively, these two tools may allow students to explore their own perceptions and beliefs in a safe environment that is free from judgment. Encouraging students to focus on their own social identities before approaching the other identities facilitates their realization that their own experiences may be markedly different from those of others, even others within their own communities. Asking them to then look at specific individual behaviors without personalizing them or placing blame solely on an individual can also help them understand some of the larger social forces underlying individual acts—as well as some of the impacts of those forces and behaviors. Through this examination, which can often be enlightening for students, instructors can encourage students to carefully consider their own values, ethics, and actions. This increased self-awareness has the potential to be a first step toward initiating positive social change.

Carolyn Ives is a curriculum planning and development coordinator in the Centre for the Advancement of Faculty Excellence (CAFÉ) at MacEwan University in Edmonton, AB, Canada. Prior to this appointment, she was a full-time faculty member in MacEwan’s English Department. She is interested in integration of ethical elements, such as diversity, sustainability, and academic integrity, into curricula.

Lopes, T., & Thomas, B. (2006). Dancing on live embers: Challenging racism in organizations. Toronto, ON: Between the Lines.

Special thanks to Evelyn Hamdon from the University of Alberta and Elizabeth White-MacDonald, Margaret Milner, and Alissa Overend from MacEwan University for introducing me to these tools.