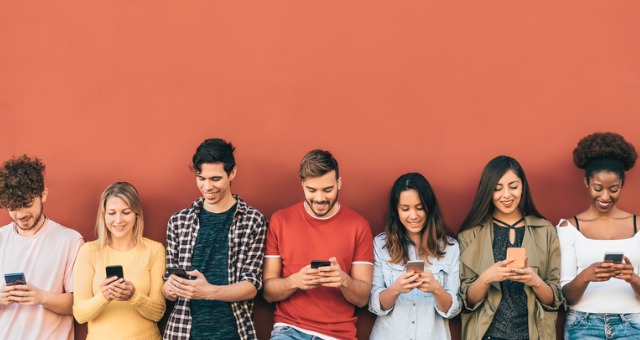 Over the past decade, we have been increasingly concerned by the potential of the non-academic use of smartphones and laptops that distract students during class time. Although possible strategies have been identified to counter this problem, such as talking to students about the negative outcomes of distracted learning, naming and shaming (i.e., singling out students in class), or implementing a “no technology” rule, we felt these various practices may do more harm than good when considering the potential impact on the learning climate. Furthermore, some students may have learning disabilities, and the technology they use may be part of their accommodations.

We wondered whether asking students to refrain from the non-academic use of their personal technology until a regularly scheduled technology break during class might help students better concentrate and focus from the distractions of their phones or laptops. We wondered whether students might not only participate better in class, but also, perhaps, do better on tests. Furthermore, would these technology breaks also result in higher year-end evaluations for the professor? To answer these questions, we decided to give technology breaks to one section of an introduction to organizational behavior course (the intervention group) but not to the other session of the same course (the control group). Both sections were taught by the same instructor and had an identical number of students (35). The only difference between the sections was a three-minute technology break on two separate occasions during each three-hour class for the intervention group. The students would only be able to check their devices during these technology breaks. A participation rubric was created and administered by the teaching assistant, who had no prior knowledge of the purpose of the study or that one section had technology breaks and the other section did not. The same teaching assistant also graded the midterm and final exams for both sections of the course using a detailed answer key.

When we ran our results comparing each group, we were surprised to learn that there were no statistically significant differences between the groups for level of classroom participation, test results (for either the midterm or final exam), or instructor year-end evaluations.

This leads us to ask why this occurred. We offer several possibilities. First, it is possible that there were some differences in the academic abilities of the two groups. Even though the groups were randomly assigned, it is possible that one group was academically stronger than the other. Second, it is possible that the length of the technology break was not sufficient to act in much of a positive way. Perhaps by giving only three minutes, this was insufficient for the student to respond to their texts or check their phone for other updates in the time given. Perhaps a longer technology break would have enabled the students to feel that they had been able to check their phones and were in a better position to concentrate. Third, there is another scenario that we must acknowledge that would run counter our anticipated outcomes. Perhaps the intervention group was not well served by the technology break. Perhaps these breaks served to support their constant checking of the phone and led to more distraction during class as the student reflected on what happened during the technology break. While no results were statistically significant, the fact that the test results and the course evaluations were on average slightly higher for the control group has given these authors pause.

Because of the nature of this quasi-experimental design, the students described above needed to be unaware of the study, making it impossible to get their feedback on the effectiveness of a technology break. Consequently, during the same semester, students in two different 75-minute-long undergraduate sport management classes (one fourth-year and one second-year class) were also given technology breaks (one two-minute break at the midpoint of each lecture). The students were informed of this fact at the start of the semester, had the rationale explained to them, and were asked for their feedback regarding these breaks on the semester-end course evaluations. Sixty-six of the 90 total students provided feedback. We determined that 53 comments were positive, nine were neutral, and four were negative. Most of the positive comments suggested that the technology breaks indeed allowed them to better focus on the material with less temptation to check their phones or use their laptops for non-academic purposes. Some also suggested that there were fewer instances of being distracted by their classmates’ technology use. The neutral comments were typically of two types: those who said they never use their technology for non-academic purposes in any class and those who admitted they continued to furtively check their phones or laptops (or both) throughout the lecture. Of the few who conveyed negative opinions of the breaks, they typically noted the breaks disrupted the flow of class.

While it might be tempting to look at the overwhelmingly positive qualitative comments and suggest that technology breaks were a huge success, many of the sport management undergrads qualified their enthusiasm. They noted that both the material and the instructor were engaging, making it easier to pay attention for two 38-minute stretches each lecture. The students in the one 8:00 a.m. class said it was easier to ignore their cell phones at that time of day as there was little social media activity due to their friends still being in bed. The students in the smaller, fourth-year class noted that as the class was relatively small (only 38 students) and the fact that their participation was graded, it was much easier to pay attention and stay engaged than in their other courses that were much larger, had no participation component, and may have met only once per week for three hours. Consequently, we wonder whether technology breaks implemented in huge, mid-afternoon, three-hour lectures by disengaged instructors might prove wholly ineffective in preventing students from distracting themselves.

We also must note that shutting down a lecture for a break of just a few minutes will add up to a significant amount of lecture material that will not be addressed over the course of a semester. As well, both the instructors and the students were well aware of when the technology breaks were supposed to occur, meaning everyone could become distracted from the lecture material as those times approached. In conclusion, we hope that our article will spark some discussion among instructors who perhaps have tried technology breaks or are considering using them in class. We believe that such breaks may still hold some potential for students.

Mark Julien, PhD, is a professor in the Goodman School of Business at Brock University.

Craig Hyatt, PhD, is an associate professor in the Department of Sport Management at Brock University.