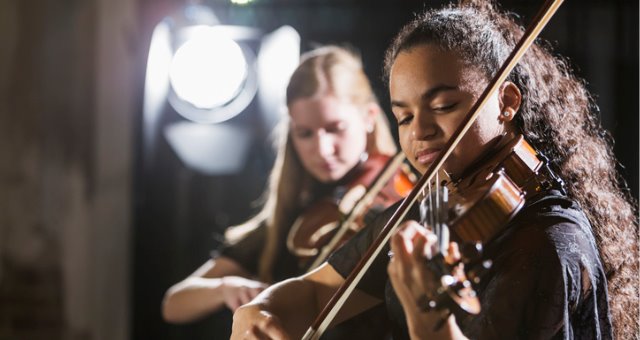 After a fifteen-year hiatus from teaching musicianship classes (I typically teach undergraduate music theory core classes and graduate classes), I taught Musicianship 1 last semester which opened my eyes to the many challenges teachers face on a daily basis at my institution.

It probably won’t come as a surprise, but I noticed immediately, as a whole, entering first-year students are not as prepared today to be music majors as when I first started my career more than 20 years ago. While in many ways current students are more culturally sophisticated and tech-savvy than students from a previous generation, I witnessed with my own eyes (and ears) a stunning lack of comprehensive preparedness—being able to read a score in treble and bass clefs, knowing music fundamentals, being able to match pitch, and having basic keyboard skills.

And it was not just first-year students who lacked the basics—I also taught our third-year music theory capstone class, Structures and Analysis. The class consisted mainly of transfer students who had previously completed their core music theory and musicianship requirements at another institution. They also lacked basic skills to a much higher degree than in years past.

My teaching philosophy has always been to meet my students where they are, no matter the level, and build from the students’ starting points. But I’ll be honest, both of these classes were incredibly challenging to teach because a majority of the students came in with undeveloped skills.

In response, I’d like to share some effective teaching tools I used to help build student skill levels.

Out of a class of 20 students, approximately half of the class was prepared with a good foundation to begin their music studies. The other half struggled from the very beginning for a variety of reasons, and I was able to pull them into my office for one-on-one meetings from the outset of the semester, which is key in helping students be successful early on. Many of the students had difficulty matching pitch—at times they were able to scoop to the pitch, but not always. It goes without saying that students need to be able to match pitch to sing in a given key, not to mention have good intonation to sing a melody (or a pitch pattern or arpeggio) and keep it grounded in a key.

I offer two examples to illustrate how important it is to diagnose a situation early on in the semester so that it can be fixed as soon as possible. Typically, that means pulling students into your office in a one-on-one meeting so that you can get to the heart of the problem. In my experience, students are more willing to talk about difficulties they are having in a private meeting rather than out in the open in a classroom environment.

In the first week of the semester, I worked with students in my office that were having problems matching pitch. I had them hum the pitch (instead of singing); had them scoop to the pitch (if they were way off) until they heard it lock in place; and even used their cell phones to record them matching pitches so they could hear themselves sing and self-diagnose what they heard. It was easy to sell the pedagogical tool of self-recording and self-diagnosis to my students because all of them were instrumental music education majors—being able to tell if a student is flat or sharp is an essential skill that they’ll need to have as future band directors. All of the students were highly engaged in their self-diagnosis, because they took control of the learning process, and, for the most part, their ability to match pitch also quickly improved—a win-win situation for the students.

In the second week of class, I asked a vocal performance major to meet with me in my office because I could tell she was having difficulties reading music, which caused her to have problems when we sang in class and did aural skills exercises. The student knew that she was having problems reading a score (and interpreting it) and wanted to learn; she confessed to me that she had not been taught to read music in high school, but instead learned by rote in choir.

In our first one-on-one meeting in my office, we talked about how she could approach learning to sing a melody by “layering” her score study by taking it apart then putting it back together for her singing. I saw immediate improvement in her understanding of rhythm and pitch, but it was a very slow process for her and that was okay: she was building skills to read and understand a new language. I also reached out to her vocal teacher to keep the lines of communication open on how to help her, ensuring we could all be on the same page. The student decided to postpone these classes and take a music fundamentals class for non-majors, but what was essential is she saw me as a resource to help guide her during her development.

The final pedagogical issue I want to address happened in my Structures and Analysis class. I could tell that the students were mechanically labeling chords, non-chord tones, and cadences on the score without really hearing or internalizing the sound with the musical context of the passage. In class, we had just reviewed the different types of cadences, and the students did a good job of providing textbook definitions for each type. But I wasn’t convinced they were truly internalizing what the cadences sounded like, in general, and more specifically, what their intended aural effect was. I wanted to make sure they were connecting what they were learning in the classroom with what they were playing on their own instruments.

In response, I piloted a class project where I assigned each student to be a member of a piano duo and sent them to practice rooms to play through Mozart’s An die Freude, a simple song in a two-voiced texture of melody and accompaniment. In their music making, one student played the right hand melody, while the other played the left hand accompaniment. I told the students that I would visit each duo during class time to listen to them play. I also stressed that I wanted them to talk with their duo partner about the various strengths and effects of the cadences throughout the song. As you might expect, some duos struggled with playing in a chamber environment, but that in itself is a good experience. In those groups, I didn’t hear a lot of discussion about cadences, but their music-making improved and they built confidence playing together. In other groups I saw students, at first, playing a bit mechanically: correct pitches, correct rhythms, but the performance wasn’t very musical and cadences didn’t really sound like goal points.

After talking with the duo partners about musical issues, like shaping a phrase, slowing down at cadences, feeling the pushes and pulls of the individual lines, the duo partners would work together to make their performance more musical. Their smiles said a lot to me as they practiced together. This was a successful class period, one that put music theory and analysis into practice. When I give this project again, I’ll let the students play on their own instruments, which I think will allow for an even better integration of theory and practice. In closing, as a teacher it is my job to help build students’ skills in whatever class that I teach. One of the biggest rewards I receive is when I see students figure something out for themselves, and I become a part in their learning process. But to get to this point in the educational process, it takes a lot of work on everyone’s part, especially our students. I hope my ideas about the importance of helping students build skills—what I consider as essential “back-to-basics” teaching—has sparked your own thoughts about how we might better serve our students today in higher education.