An Exploration of Student Excuses 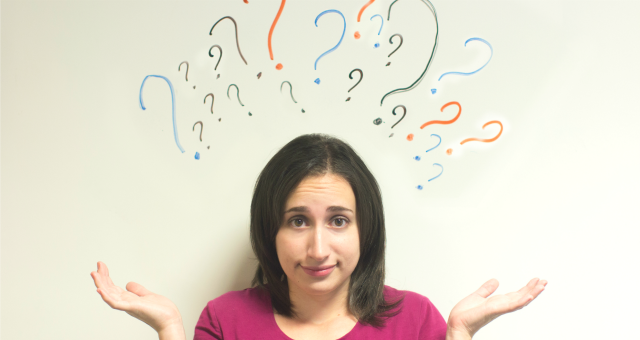 I once received a call from a student who told me that he could not make the next day’s exam because he was in jail. He was wondering if he could make it up after he got out. I guess he got his one phone call and used it to call his professor.

This raised the moral issue of whether I should allow him to take the exam late. On one hand, he really could not make it, assuming that expecting him to escape would be unreasonable. On the other hand, the whole punitive point of incarceration is that it is inconvenient—you miss out on opportunities that you would have had if you were not in jail. By allowing him to take the exam late was I undermining the very foundations of our penal system?

This raises the even deeper question of whether we, as teachers, can justify the distinctions we draw between acceptable and unacceptable excuses. If a student was in the hospital due to a broken leg, every instructor I know would treat it is as legitimate excuse. But what if the student’s situation was caused by his or her own bad judgment, such as falling off a ledge while drunk? If we discount those, must we similarly treat a broken leg due to skydiving as a self-inflicted injury due to reckless behavior? How many of us even ask for the reason for a hospital stay? Even if the hospital stay turns out to be legit, is that sufficient for a make-up? Maybe another student had to visit the hospital but stayed up late after getting home in order to get the work done? Maybe learning to work around these life events in order to get your work done is one of the lessons that college is intended to teach.

Maybe we need to teach students that even when you have a legitimate excuse, missing a deadline has negative consequences.

By distinguishing between illegitimate and legitimate excuses, we also put ourselves in the position of having to make snap judgments that do not hold up to later scrutiny. As a young professor I had a student disappear from class for three weeks, only to reappear without a word. I asked her to stick around after class, where I asked her what happened. She said she had surgery and that the dean was supposed to have sent a letter around to all of her professors. Didn’t I get it?

I told her that I had not, and since she missed an exam that I would need some type of note from the dean. Could she ask him to send it to me? She replied “Ok, but maybe it would be easier to just show you,” at which point she opened her suit jacket. Underneath she was wearing a black turtleneck, and since I didn’t see any bandages or cast I asked her what I was looking for. She then replied incredulously, “Can’t you tell? Breast implants.”

I was so badly thrown off balance by the reply that I hastily accepted the excuse and let her take the exam without penalty. Put yourself in my position and ask what I was apparently expected to say when she opened her jacket. But maybe it was all just a story meant to throw me off balance. After all, I never did get a note from the dean. Maybe he was similarly thrown off balance by the story. Even if it was legit, should this clearly elective surgery count as an excuse?

A faculty member at my institution dedicates four full pages in his syllabus to distinguishing legitimate from illegitimate excuses. He identifies four categories of legitimate excuses, including funerals. “Funeral Attendance: I will need proof of funeral attendance with the date of the ceremony clearly listed and your name in the program specifying that you are a relative to the deceased.” I’m not making this up.

By contrast, he lists no fewer than 34 categories of illegitimate excuses, including: “Elevator malfunction. Domestic situations of any kind (involving but not limited to situations involving boyfriends, girlfriends, domestic partners, roommates, current or former spouses, etc.). Anything in the news or media that is related to you. Internet disconnection because you spent the money for the bill on alcohol, cigarettes, raves, concerts, and movies, or weed man.”

My guess is that he is poking fun at the whole enterprise of distinguishing legitimate from illegitimate excuses, and maybe he should. Perhaps we should concede that there is no way to draw morally relevant distinctions between acceptable and unacceptable excuses and just not allow any excuses at all. Maybe we need to teach students that even when you have a legitimate excuse, missing a deadline has negative consequences. You may tell your boss that a medical issue prevented you from getting the proposal to the customer, and your boss may believe you, but it still causes a problem for the company. By allowing students to miss deadlines without penalty, are we cheating them out of an important life lesson?

Colleges tend to allow faculty to set their own policies on student excuses, which leads to a hodge-podge of different policies that students miss, misinterpret, or exploit. Maybe institutions should enact a “no excuses policy,” or appoint a Dean of Excuses to make for consistent decision-making.

If my reasoning seems muddled, you will need to forgive me because I missed my noontime cup of coffee. That is my excuse.

John Orlando is the associate director of the Center for Faculty Excellence at Northcentral University and the editor of Online Classroom.