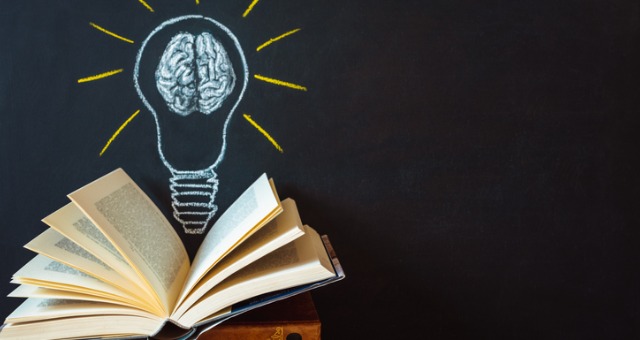 Imagine that you are a first-year student in a biology course. The goal of today’s class is to describe the topic of biology: What is life? There are two paths to reaching that goal.

One path—the direct route—is to review the list of characteristics that experts agree living things share. As a learner, you might listen to a lecture, watch a video, or read a textbook presenting this information. You will discover, among other things, that all living things metabolize energy from their environment to sustain their own activities. The information might also include illustrative examples. You might learn that humans are living, as exemplified by the fact that they eat food to extract energy that they convert into motion, heat, and chemical processes. Following this sequence—presenting the concept and then reviewing examples—you should meet the objective of describing “What is life?”

Now imagine a different learning journey. When you arrive to class, the instructor doesn’t tell you what experts know. Rather, you start with examples. You are placed in a group and are given a list of five organisms: a donkey, a moss, an E. coli bacterium, an alga, and a cactus. You are told that these things are alive. You are also provided a list of three things and are told that they are not alive: fire, wind, and a rock. Your task is to compare and contrast the items in each list and infer the characteristics that are common and unique to all of the living things.

Your group makes hypotheses. What about the ability to extract elements from the environment to grow and make more of themselves? You test them out with the evidence available. Yes, all living things do that, but disturbingly, fire uses oxygen to grow. You explore ways in which fire’s use of oxygen to grow is different from a cactus using oxygen to do the same thing. Rich discussions arise about the meaning of “metabolism.”

Once your team comes to a consensus about what constitutes living and non-living things, you share it with the class. You discover that other teams worked from a different set of examples and came to slightly different conclusions. The class tests each team’s hypotheses with the larger set of examples. As a class, you decide that “metabolism” is necessary, but not sufficient to classify something as “alive.” Other characteristics must be present. And you work to answer the question: What is life?

This second path, which starts from examples and asks learners to infer general principles, is called inductive learning (or sometimes, analogical learning, learning through comparison, or learning through examples). Research suggests that it is a more robust way to learn. The understanding that arises from this approach is richer and deeper. The concepts are retained longer, and it seems to help learners with transferability—that pesky challenge of education where most learners have difficulty applying a concept to a new context, setting, or example from the context in which they originally learned it. In my own experience, using the example described above to explore “What is life?” I found that the approach elicits curiosity, triggers questions, and leads to a more nuanced understanding of the concept. I also observed that the struggle to understand, and the fact that learners come up with the concepts de novo on their own, leads to confidence in their ability to think.

Much of formal education is deductive—we tell learners about concepts, rather than training them to make observations and use their thinking to generalize and make abstractions. That’s a missed opportunity to invest in their abilities to learn by themselves.

How to use inductive learning

How does one structure a lesson to utilize inductive learning? Research informs us that there are a few key ingredients necessary.

The first ingredient is a series of carefully selected examples that fall within one category. At a minimum, there should be two examples. There shouldn’t be too many that it becomes cognitively taxing for the learner to keep them in mind as they compare them, but there should be fodder for analysis. For example, in a journalism course, the instructor might present learners with five ledes (introductory paragraphs) from published articles and ask them to extract elements which seem to be common across all ledes. Or, the instructor may ask learners to bring exemplars of articles that they find have a particularly effective lede. Then, in groups, learners compare and dissect their pooled examples, looking for commonalities, and in the process articulate the components that appear to be important for an effective lede.

2. Examples that are dissimilar in context

There is evidence that when the examples used in the comparison are complex—for example, case studies—then the selected examples should not have too many superficially similar features that learners mistakenly conclude they are important to the similarities. For example, if medical students review two patient records of plumbers that developed measles, they may incorrectly infer that there is a relationship between being a plumber and developing measles. Rather, it is better to find cases that are contextually different so that the learner can identify and focus on those aspects of the case that are important to understanding the concept.

Studies have shown that learners presented with examples that do not belong in the category perform better. These contrasting examples should be presented at the same time as the “in category” examples. Following up on the example above, learners should examine good examples of ledes (that are labeled as such) at the same time as they analyze poor examples of ledes. People need to contrast examples to see what makes them different. They require feedback as they test out their hypotheses about the characteristics of a category.

Finally, learners need guidance. Inductive learning is a purposeful activity. Research has shown that simply presenting representative examples of a category does not lead to knowledge of what makes that category. Learners must be conscious and deliberate of the task they are attempting to achieve: to find commonalities. The instructor can assist in designing an activity with an explicit task and in utilizing debriefing questions that surface the general principles.

Inductive learning can also be used to help learners understand quality in their field and in their work. Instructors can give learners five essays from past classes along with the grade that each of the essays received. Learners are then asked to document their observations: What made the “A” paper best? What stood in the way of the “D-rated” essay being a great paper? Research has shown that engaging learners in such comparative judgement ahead of a peer-reviewed assignment helps them develop a deeper understanding of the assessment criteria and that learners then provide richer feedback on peer evaluations. In other words, asking learners to compare the quality of assignments helps them understand and articulate what quality in work means. This sort of expertise usually requires time to develop but can be accelerated through this deliberate and explicit process.

Implementing an inductive learning activity takes a bit more time than transmitting knowledge to learners, but the rewards are worth the investment: richer understanding, longer retention, greater ability to transfer knowledge to new situations, and an increased self-confidence in learners’ ability to think.

When I must break up group work to end a class because learners are engrossed in discussions about “What is life?” and they leave asking themselves, “But is a virus alive?” without me prompting the question, I know I did something right.

Dr. Annie Prud’homme-Généreux is the director of Continuing Studies at Capilano University. She was a founder of Quest University Canada that has topped the rankings of the National Survey of Student Assessment (NSSE) since its inception and is a past recipient of the National Association of Biology Teachers’ 4-Year College/University Teaching Award.