Strategies for Dealing with a Certified Jerk 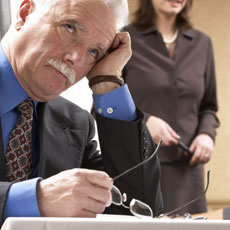 Incivility and lack of collegiality are on the rise in institutions of higher education (Cipriano, 2011). This phenomenon can range from disputes and tension at one end of the spectrum to violence at the other. There are many departments that suffer from non-collegial, uncivil, and nasty encounters between faculty members, faculty members and professional staff, and faculty members and students.

Many of us have seen how a toxic, uncivil, non-collegial faculty member can destroy a once-great department. Such a person can create an unhealthy and poisonous environment that deleteriously affects the entire department. Mean-spirited and uncivil people cause much damage to those they belittle, to the bystanders (students, staff, and department peers) who suffer the ripple effects, to the overall department performance, and to themselves. Faculty members who previously were stalwarts in the department simply disengage so that they are no longer targets to the malicious onslaught of nastiness perpetuated by this venomous person. A vicious cycle follows as faculty members retreat so they are not subject to this person’s nasty attacks, students change majors because the climate in the department is contaminated, the chair becomes frustrated in her attempt to stop the escalating asperity, and the administration is swept up in the detritus of this department.

Collegiality matters
Felps, Mitchell, and Byington (2006) wrote that having just one slacker or jerk in a group can bring down the team’s overall performance by 30 to 40 percent. Stanford University professor Robert Sutton (2007) indicates that “having just a few nasty, lazy or incompetent characters around can ruin the performance of a team or an entire organization—no matter how stellar the other employees.”

People throughout all institutions of higher education have indicated that collegiality is a subjective term that could be used to “get someone.” Collegiality, reflected in the relationships that emerge within departments, has evoked a great deal of controversy throughout higher education. Without a consistent and well-defined sense of what constitutes collegiality, many chairs and deans resort to the dodge of “I recognize it when I see it,” creating situations in which the likelihood of grievances, lawsuits, and increased department tension is extremely high.

Cipriano and Buller have developed an instrument, called the Collegiality Assessment Matrix (CAM), that reflects those observable behaviors that are regarded as most highly related to the ways in which collegiality is demonstrated in an academic setting. The CAM, along with a slightly modified version for faculty members to complete (S-AM), were pilot-tested by chairs and faculty members. The chairs and faculty members who pilot-tested both matrices rated them as instruments that were highly useable, measured a person’s observable collegial behaviors, and held great promise for use on an institutionwide basis.

There is little doubt or debate that lack of collegiality is a pressing problem throughout institutions of higher education. As part of their continuing research, Cipriano and Riccardi (2013) conducted a national survey of chairs to begin to investigate how pervasive this phenomenon truly was. One of the questions that 528 chairs responded to was: “Have you ever had an uncivil or non-collegial faculty member in your department?” Eighty-eight chairs (N = 16.7 percent) responded “NO,” and 440 (N = 83.3 percent) responded “YES.”

We thought it would be interesting to determine strategies that chairs thought would work when dealing with a non-collegial faculty member. We mailed 1,700 surveys to chairs throughout the U.S. A total of 549 chairs responded, a 32.3 percent return rate. The survey had a total of 21 suggestions as to what a chair would do with a non-collegial faculty member, broken into four themes: positive, punitive, proactive, or just doing nothing. Positive items suggested approaches such as mentoring and legacy building, while proactive measures would take the support a step further, from having a one-on-one, forthright discussion with the individual to contacting appropriate upper-level administrators or human resources. Punitive options included more frequent teaching evaluations, unpopular course scheduling options, and more intense examination of the individual’s sick/personal time.

Clearly, most department chairs understood that “wishing the problem away” was not a viable option, as only 11.7 percent would elect to “do nothing.” The most popular approach was to have an open and frank discussion with the faculty member (92.8 percent), with almost four-fifths of the respondents preferring to have that discussion on campus (79.8 percent). Other highly favored proactive approaches were contacting the dean (80.3 percent), writing a letter to the individual explaining the problems (60.2 percent), and contacting the human resources department (57.0 percent). Similarly, a few positive suggestions yielded high results: asking what you as department chair could do to help (66.7 percent) and legacy building (51.9 percent). Most of the punitive recommendations scored below 5 percent, with only two in double digits: observing the individual’s teaching in the classroom more frequently (17.8 percent) and not scheduling the individual for summer employment (15.7 percent).

Collegiality really matters
When over four-fifths of those surveyed affirm that they have had a non-collegial faculty member in their department, we have a problem. When one bad apple spoils a bunch, and we can universally identify that apple by name, we have a problem. When respondents write that their approach to dealing with that “bad apple” is to bury them under the grandstands behind the football field, we really have a problem. But when we support productive dissent, agreeing to disagree without being disagreeable, we have a solution. When we are clear and candid in our expectations of our colleagues, i.e., what is collegiality and what is not collegiality, we have a solution. When we use the CAM and the S-AM as a springboard to honest discussion about what constitutes collegiality in our academic work environment, we have a solution. So the question for all of us in the academy is simple: will we be part of the problem or part of the solution?

Sutton, R. I. (2007). The no asshole rule: Building a civilized workforce and surviving one that isn’t. New York: Warner Business Books.

Robert E. Cipriano is professor emeritus in the Department of Recreation and Leisure Studies at Southern Connecticut State University and senior partner in ATLAS, an internationally acclaimed consulting firm that specializes in academic leadership training. His latest book is Facilitating a Collegial Department in Higher Education: Strategies for Success published by Jossey-Bass (August 2011). Richard L. Riccardi is director of the Office of Management Information and Research at Southern Connecticut State University.

Excerpted from Strategies for Dealing with a Certified Jerk, Academic Leader, 29.8 (2013): 7,8. © Magna Publications. All Rights Reserved.