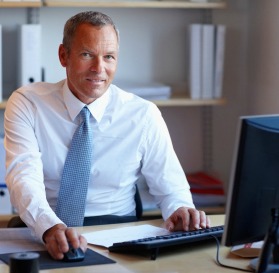 Difficult conversations are inevitable in any organization. Understanding how they arise and how they play out can help minimize the disruption without avoiding the issue or alienating those involved.

In an interview with Academic Leader, Gail Whitelaw, director of Ohio State University’s speech-language hearing clinic, offered her recommendations for managing these conversations.

Dealing with an emotional issue can be uncomfortable, and it may be tempting to ignore emotions, but “emotions aren’t byproducts of the discussion; they’re actually germane to it. You can’t ignore that,” Whitelaw says.

At the other extreme is letting emotions escalate to the point that they make a productive, civil conversation impossible. If emotions are running high, it may be wise to postpone the conversation, allowing all parties to calm down.

It’s important to acknowledge emotions and then to view them in a somewhat detached manner, saying things such as “You’ve put your anger on the table. We understand that you’re angry. That’s a really valid emotion for this situation. But rehashing it doesn’t move us forward. What do you want out of this situation? How do we get past the emotion and get to the meat of the subject?” Whitelaw says.

Know that history can affect the present

Emotions that come out during difficult conversations are not always directly related to the topic at hand. They may be the result of previous interactions. “People tend to have very set ways of relating to each other. You have a history, and it’s a real challenge to change that history,” Whitelaw says.

Be aware of the imbalance of power

Junior faculty may be reluctant to engage in certain conversations for fear of offending someone who may one day serve on their tenure committee. In addition, faculty who are less forthcoming with their opinions should be encouraged to participate. “I think we tend to let people who speak with authority be the authority or let people who yell the loudest be heard,” Whitelaw says. She recommends making an extra effort to enable the more reserved faculty members to be heard.

“We make assumptions about people all the time—from how they look to what their reaction will be. My department chair and I have worked together a long time, and there are times when he’ll say, ‘I’m going to tell you the situation, but I already know what you’re going to say.’ And I’ll say, ‘I wasn’t going to say that at all.’ We need to get past that by having a learning conversation and by seeking to understand where the person is coming from instead of making a judgment,” Whitelaw says.

During a learning conversation it’s important to suspend judgment, to give everyone involved the chance to talk without being interrupted or criticized. “If you’re the department chair and you’re mediating this or you have a faculty member who is very angry with you, you need to be able to take a step back and understand that the person’s perception is their reality, and although you may disagree with that right now, they’re telling their story, giving you their viewpoint. You need to separate your emotional response to what they’re saying. You can still be upset, angry, or disappointed, but give them the opportunity to put that out there and talk about it,” Whitelaw says.

This involves leveling the playing field, saying in effect, “Right now, in this conversation, there’s not this hierarchy. I’m just trying to figure out where you’re coming from. What information is important to you? In that process I want you to understand what’s important to me,” Whitelaw says.

The goal of this partnership is to come to a resolution. “I also think good leadership in a university setting is talking about what’s important for the greater good. You and I may have a conversation in which you’re lobbying for one area of research and I’m lobbying for another area. We need to understand each other, see common ground, and then we’ll be able to more effectively [answer the question] ‘How do we [resolve this] in a way that works for everybody?’ Maybe there’s a way to make both people whole or at least get their feelings about the situation heard,” Whitelaw says.

Acknowledge that you may have incomplete or inaccurate information

People’s perceptions of a situation can be quite different, and listening to another’s perspective can be enlightening. The differences between individuals might also indicate the need for more information. In these situations it might be useful to seek input from others or to compile more information to come up with a plan, Whitelaw says.

Be tactful and respectful

“We have to be respectful, but that doesn’t mean that someone is not going to be hurt in the process. We have to remember that self-image and self-esteem are going to come into play,” Whitelaw says. She recommends focusing on the issues rather than on the individuals involved.

“I think it’s important for whoever is leading the conversation to say, ‘We have some flexibility, but these are the core values of our university. These are the core values of our department. And these are nonnegotiable.’ I think putting the nonnegotiables on the table is really important,” Whitelaw says. “If you want to do clinical-based research and you’re at a university that does a lot of bench research and that’s what you’re going to be graded on, you need to know that. There are going to be a lot of difficult conversations if you don’t know that that’s the road to tenure for you.”